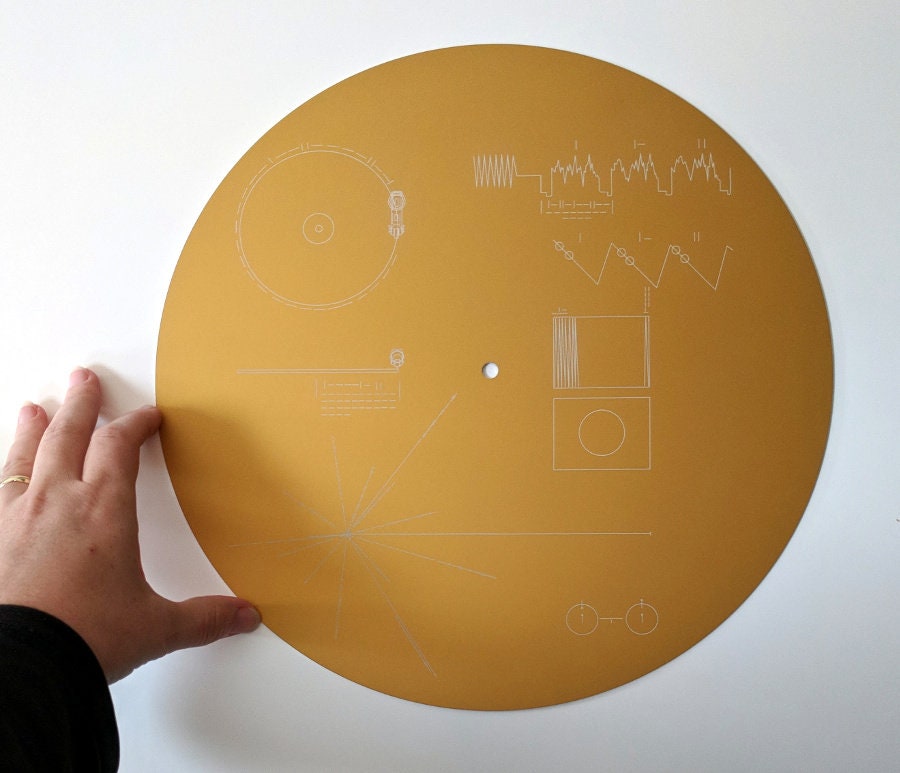 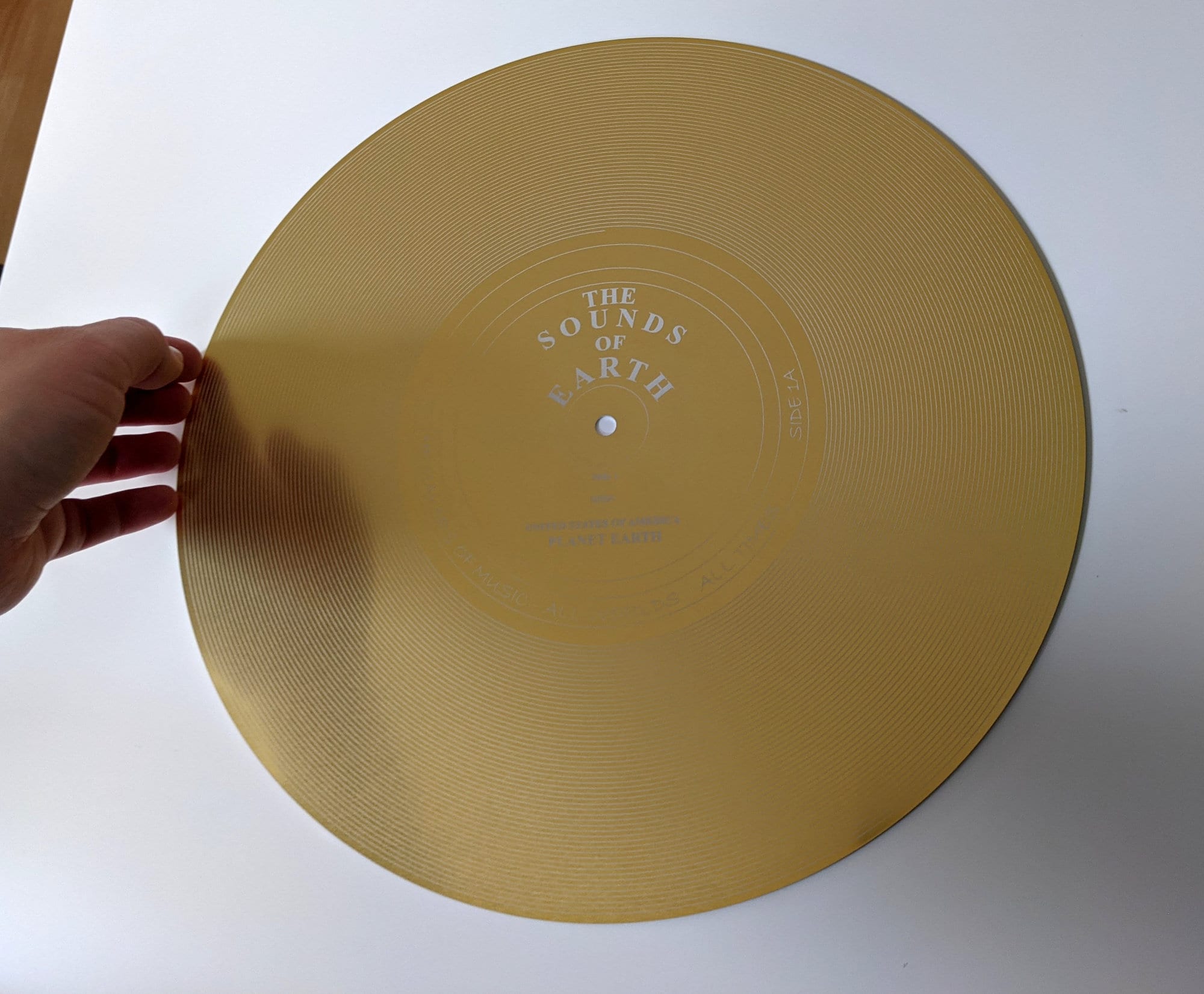 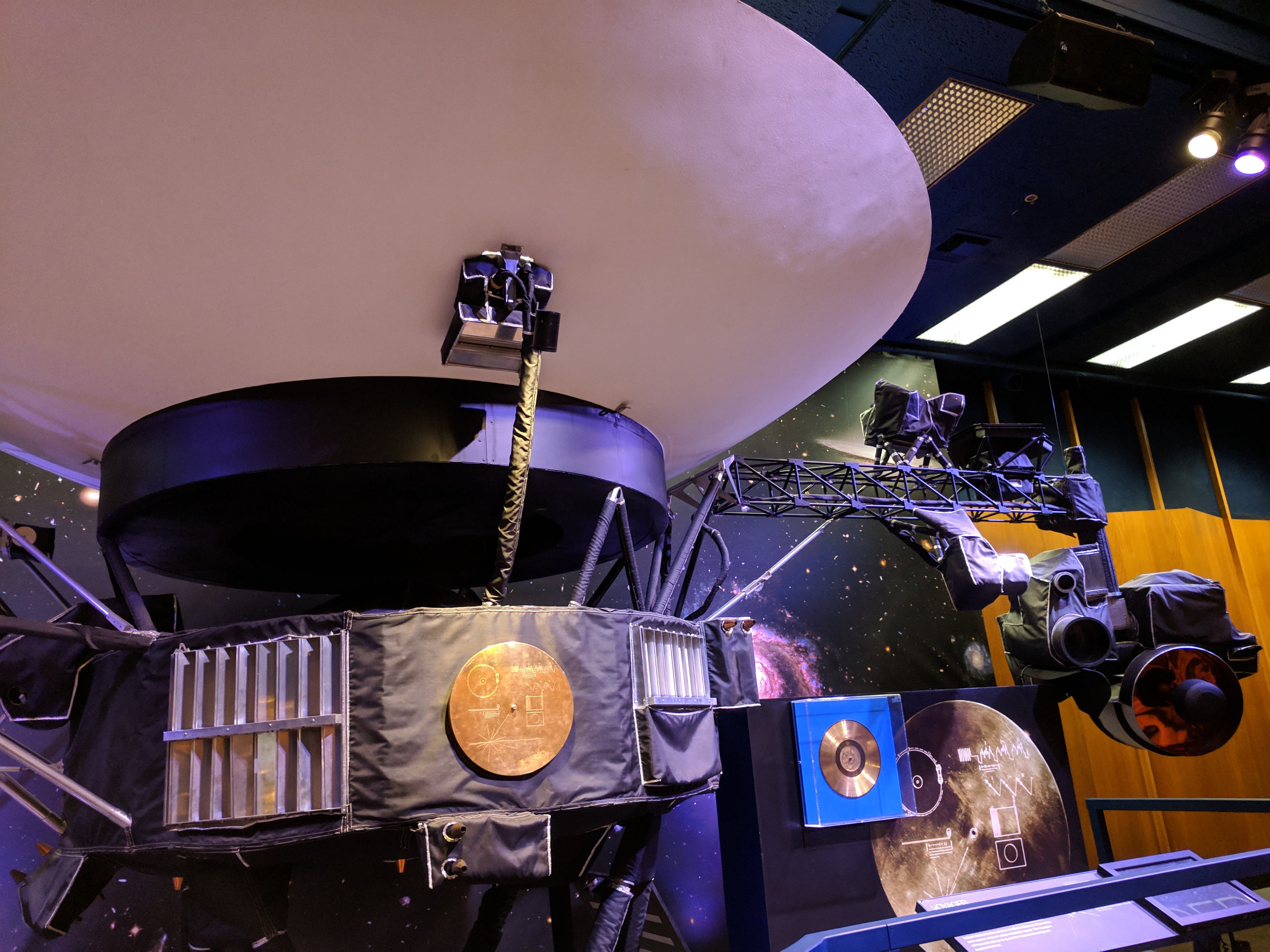 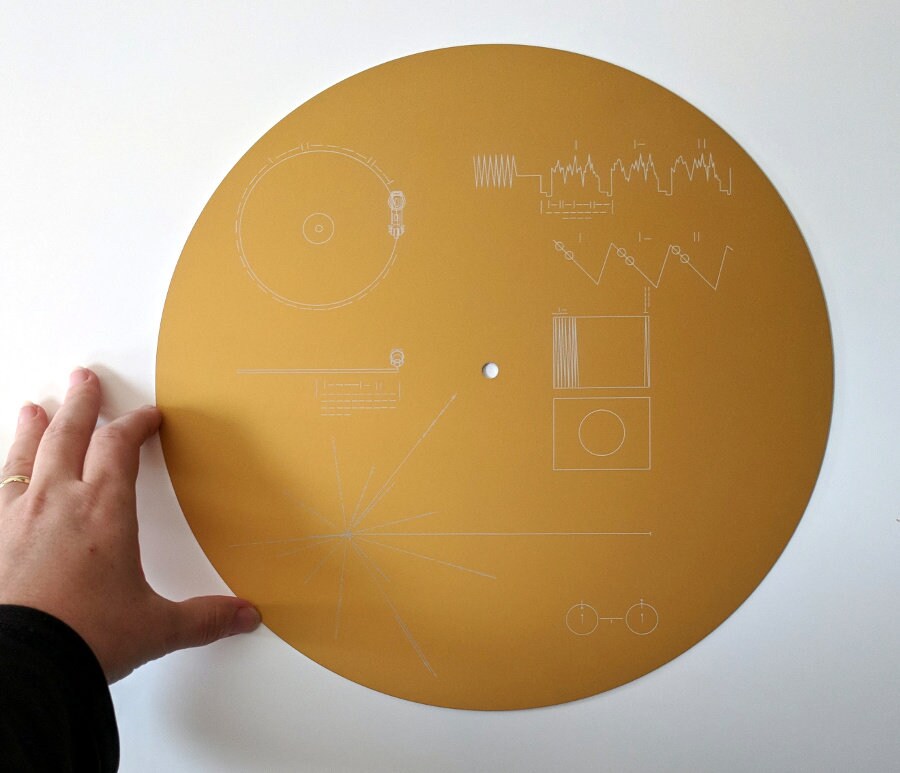 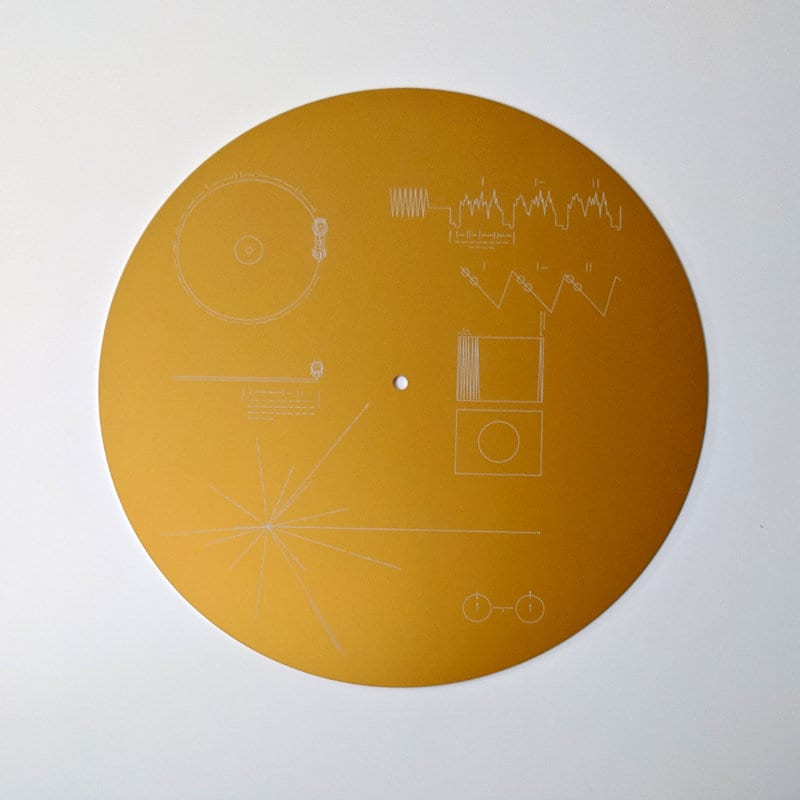 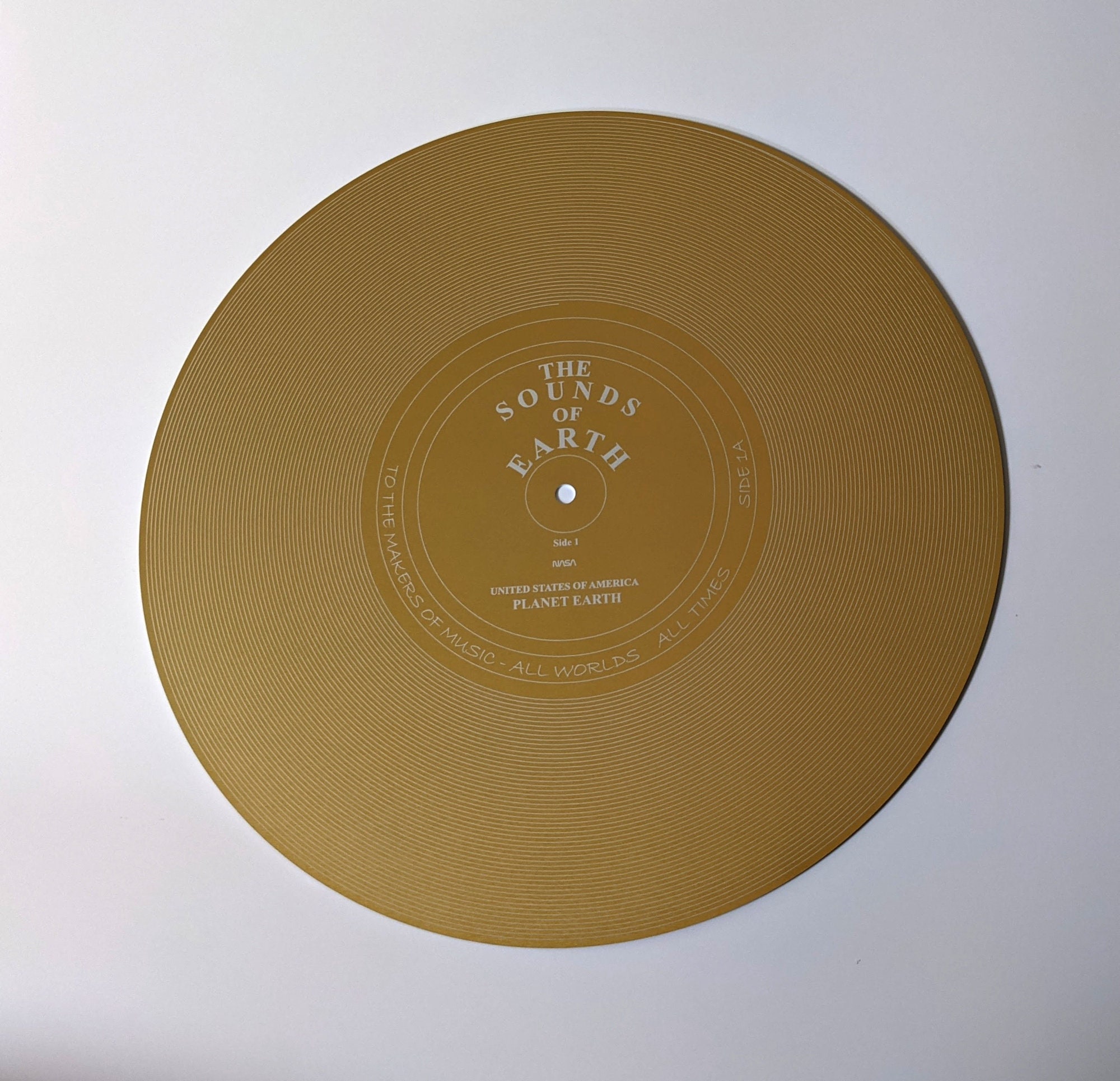 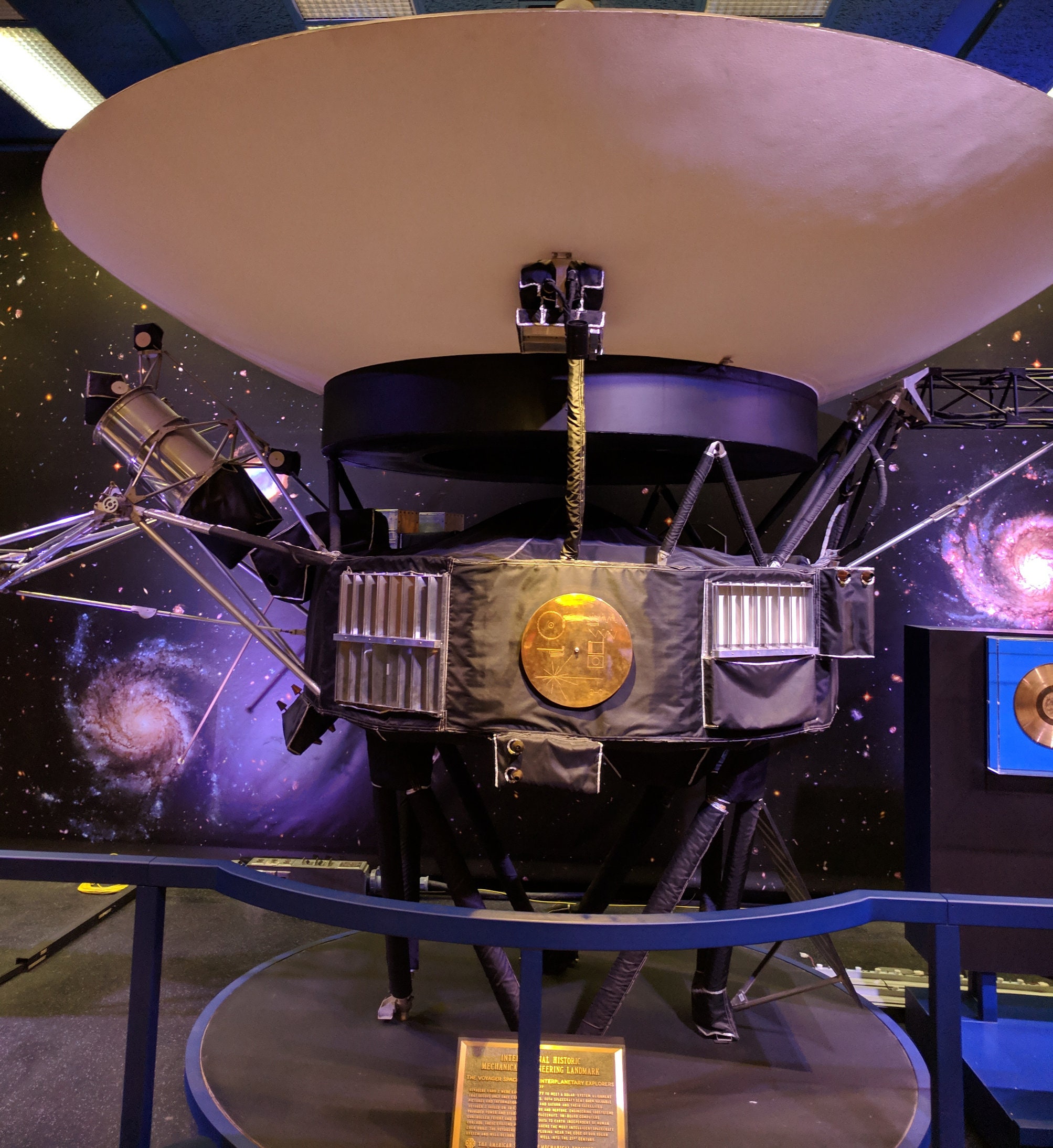 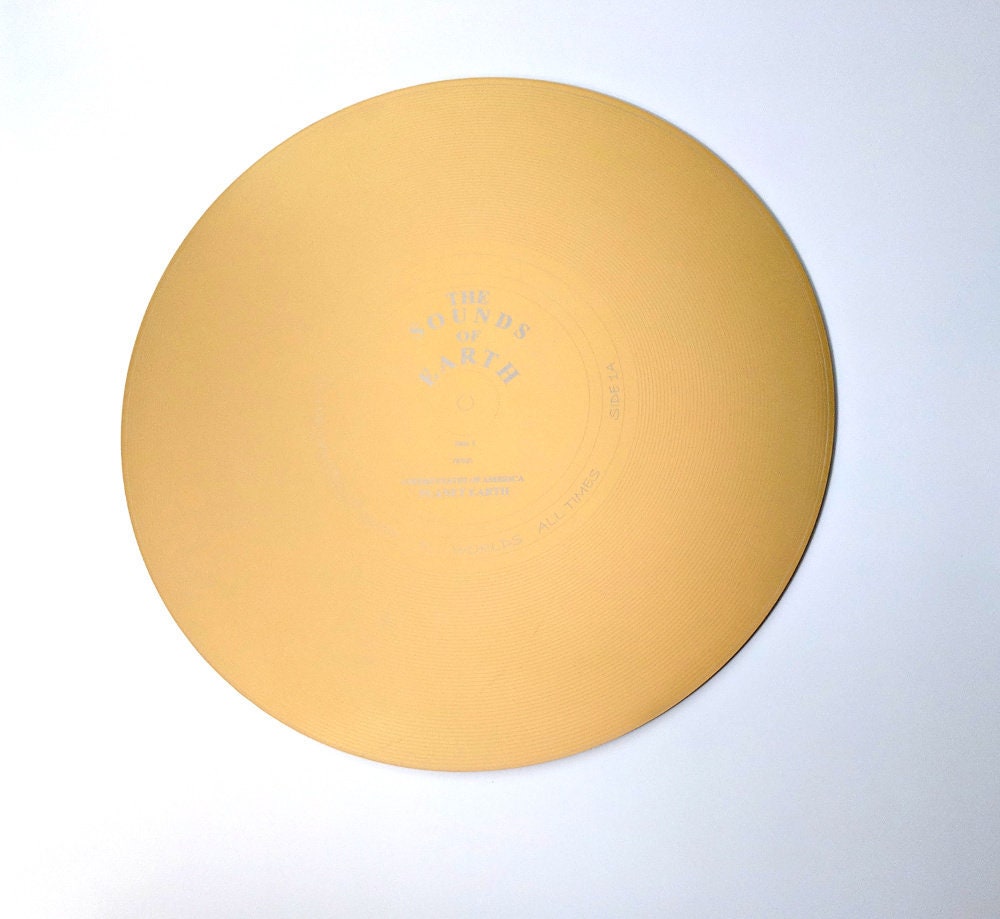 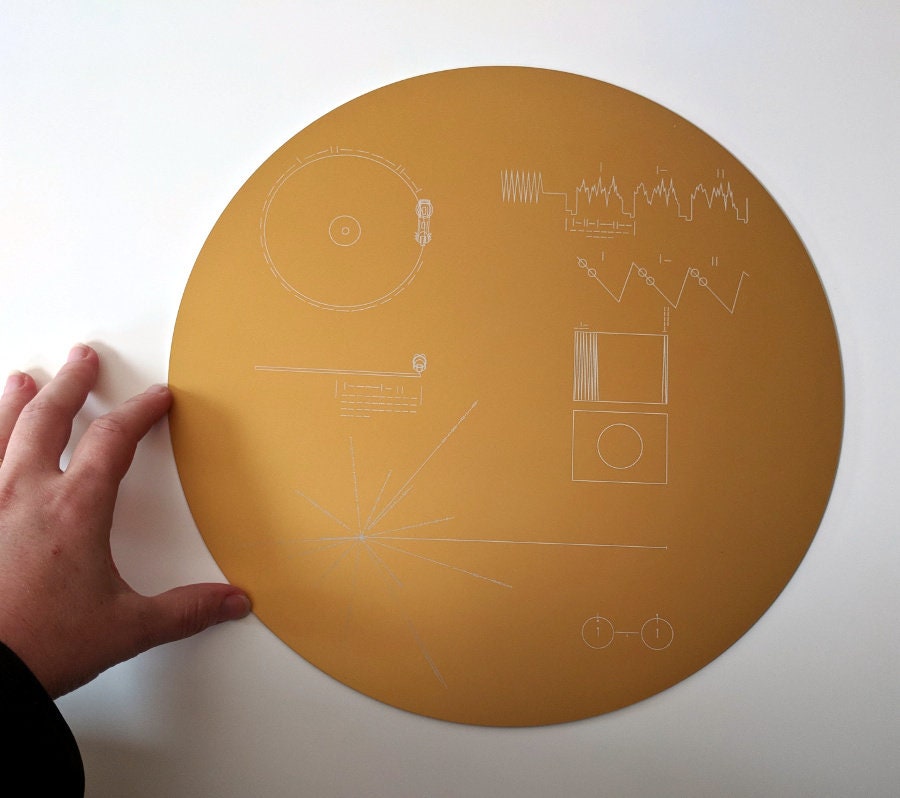 This full size metal replica of the Voyager Golden Record cover is on sale due to some very slight damage - a barely noticeable scratch and/or slightly off-centre engraving. Grab yourself a bargain on this unique piece of space history memorabilia!

The iconic Voyager Golden Record cover, designed by Carl Sagan, and "Side 1A - The Sounds of Earth", are laser engraved on both sides of a golden Anodised Aluminium disc.

Beautiful and fun reproduction. I can’t wait to share this with students and visitors at our science center and planetarium.