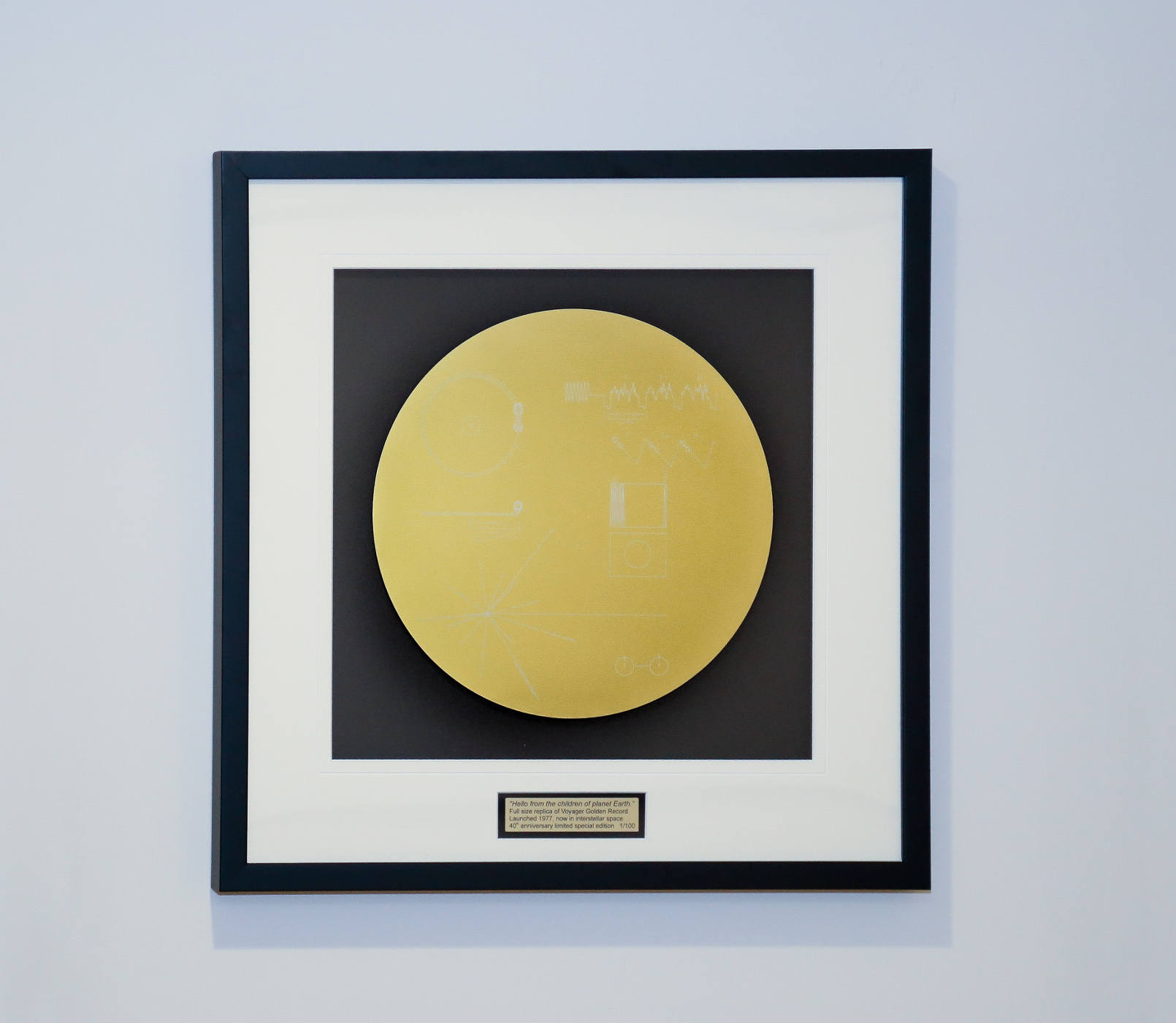 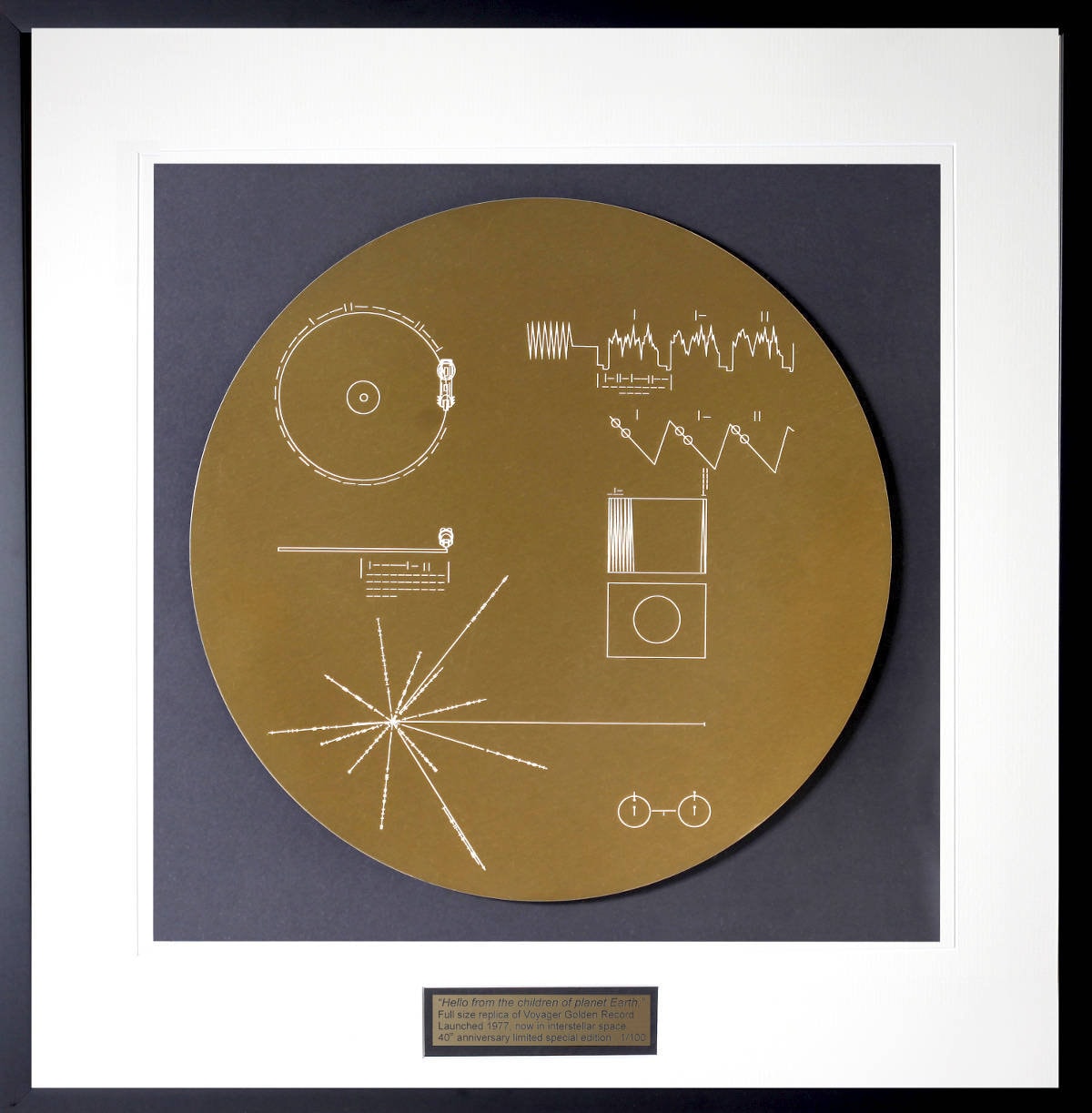 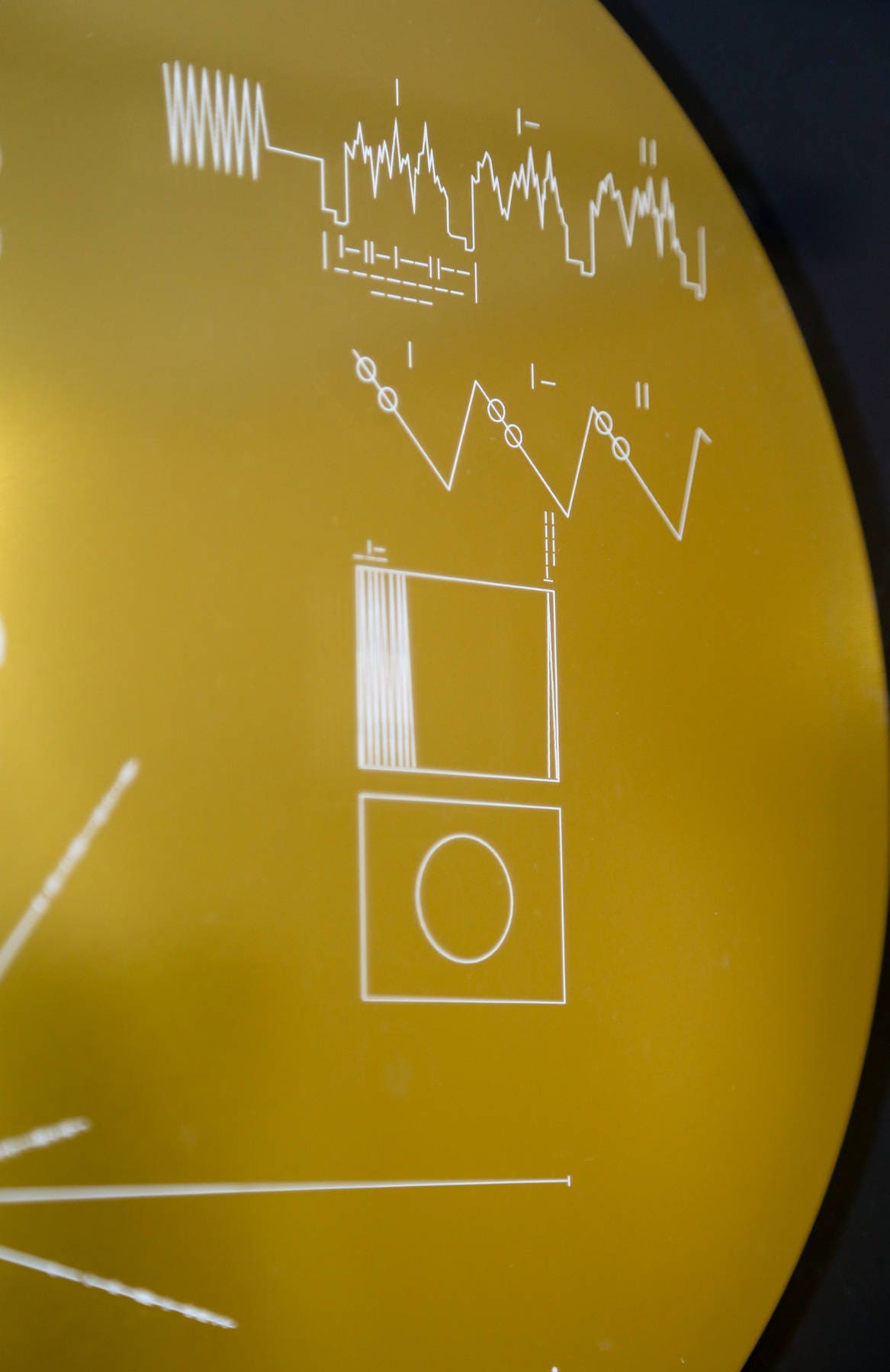 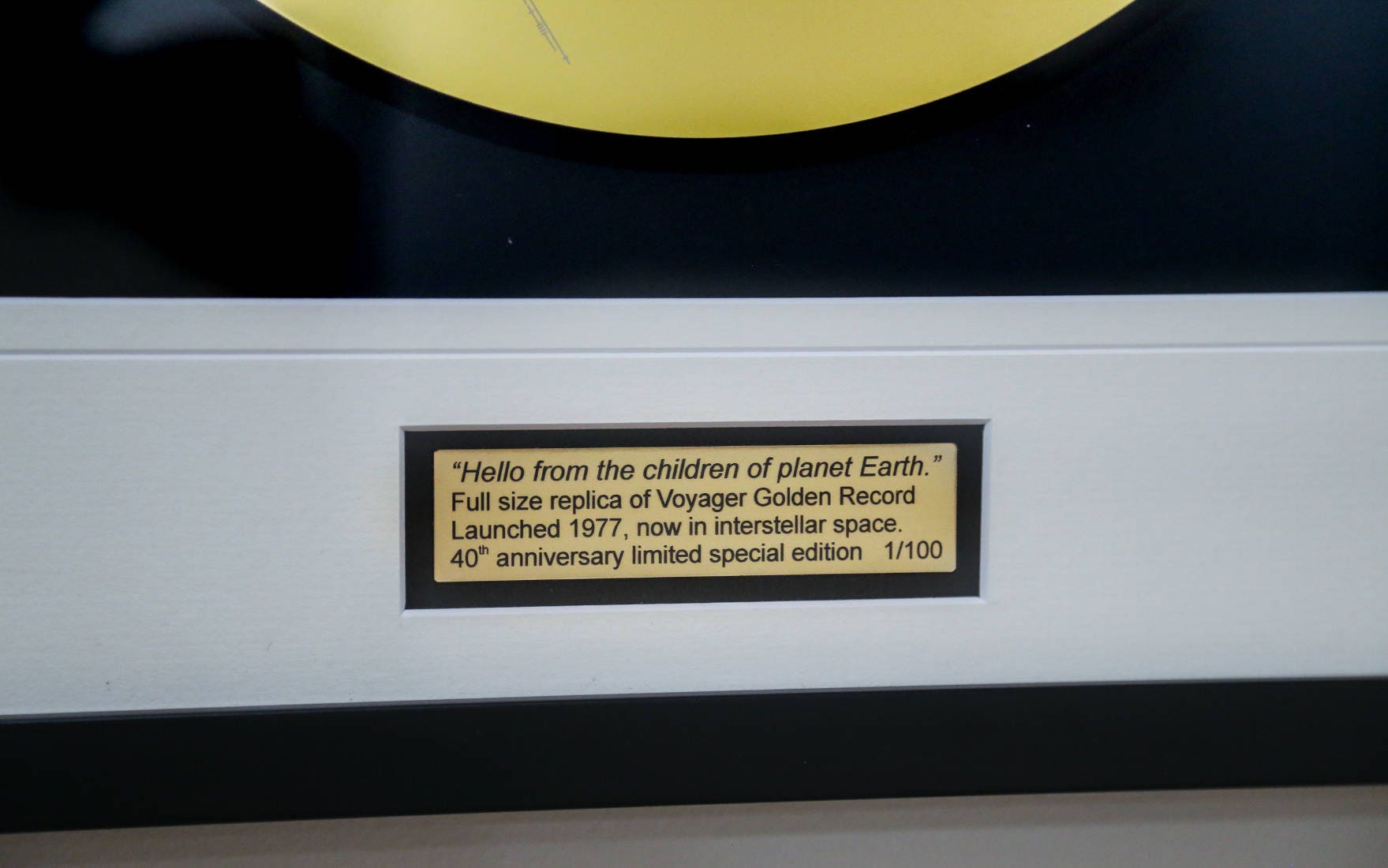 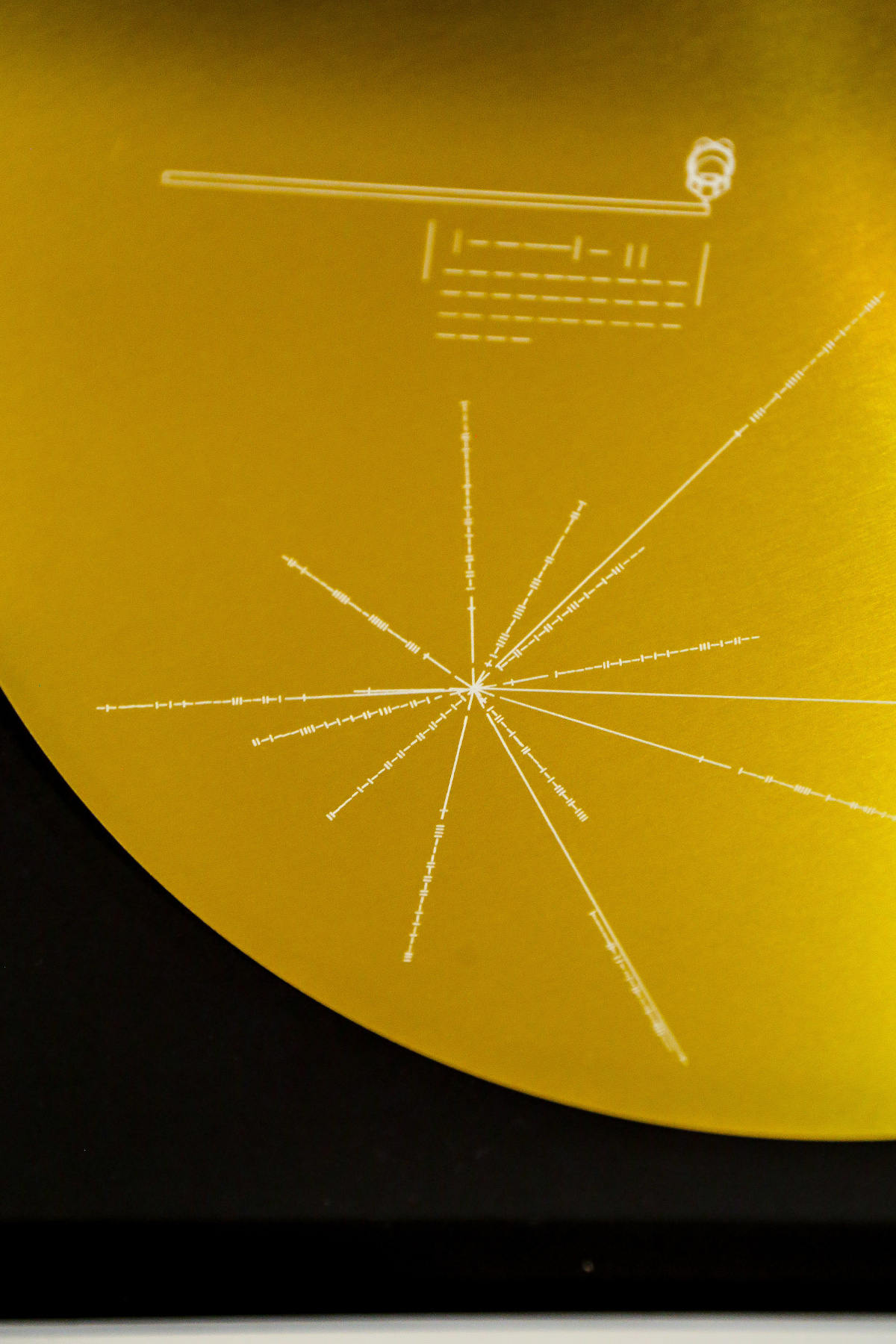 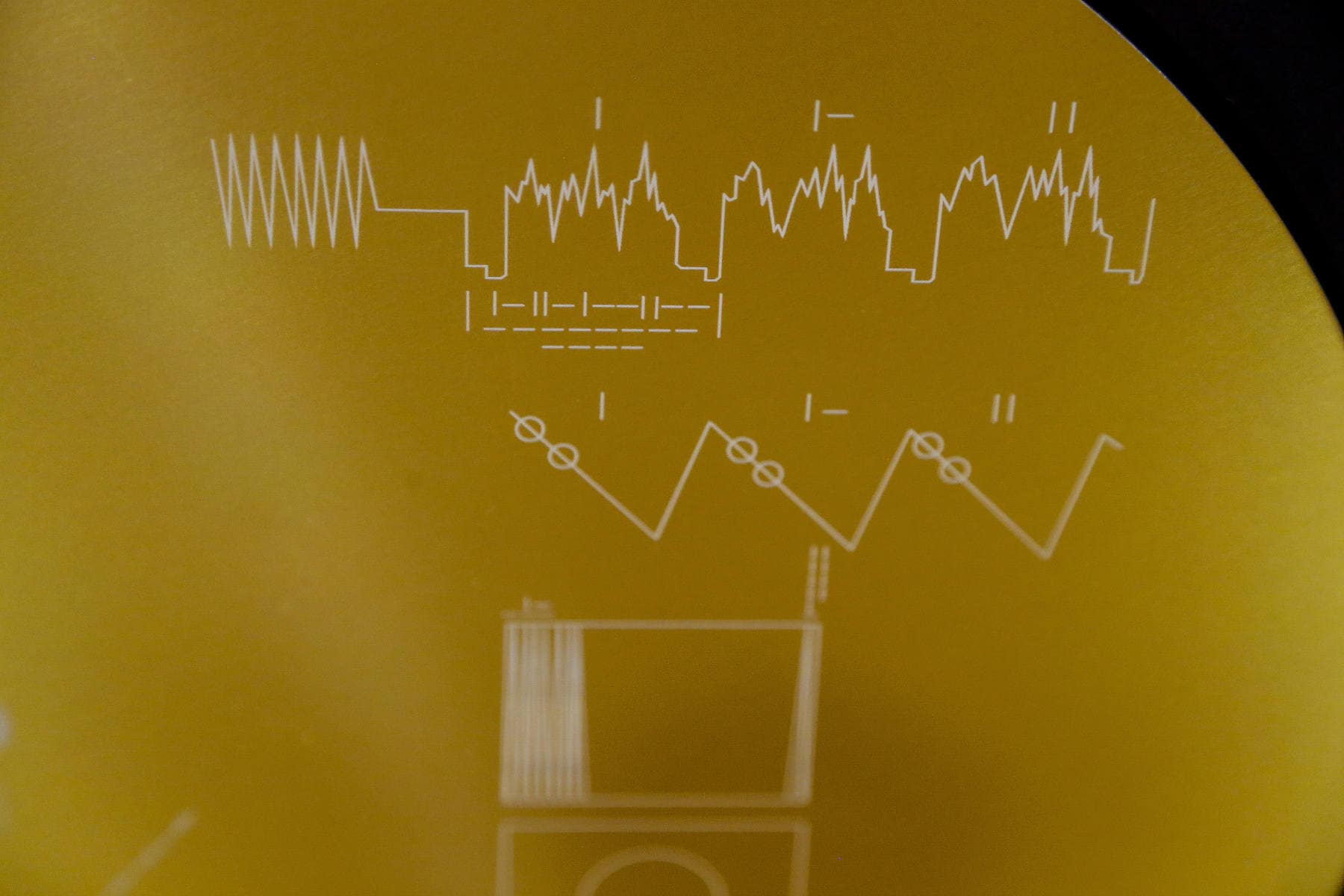 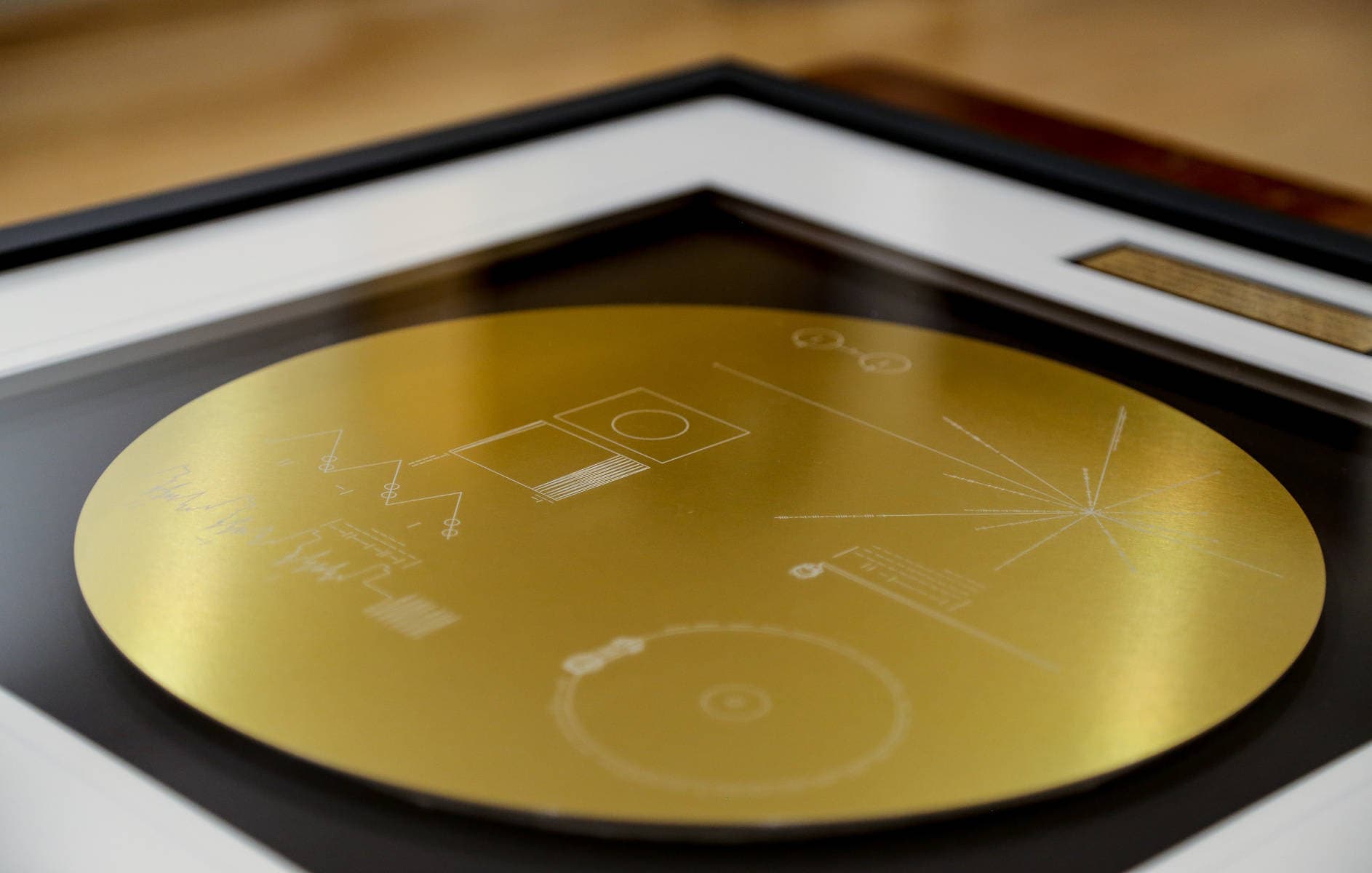 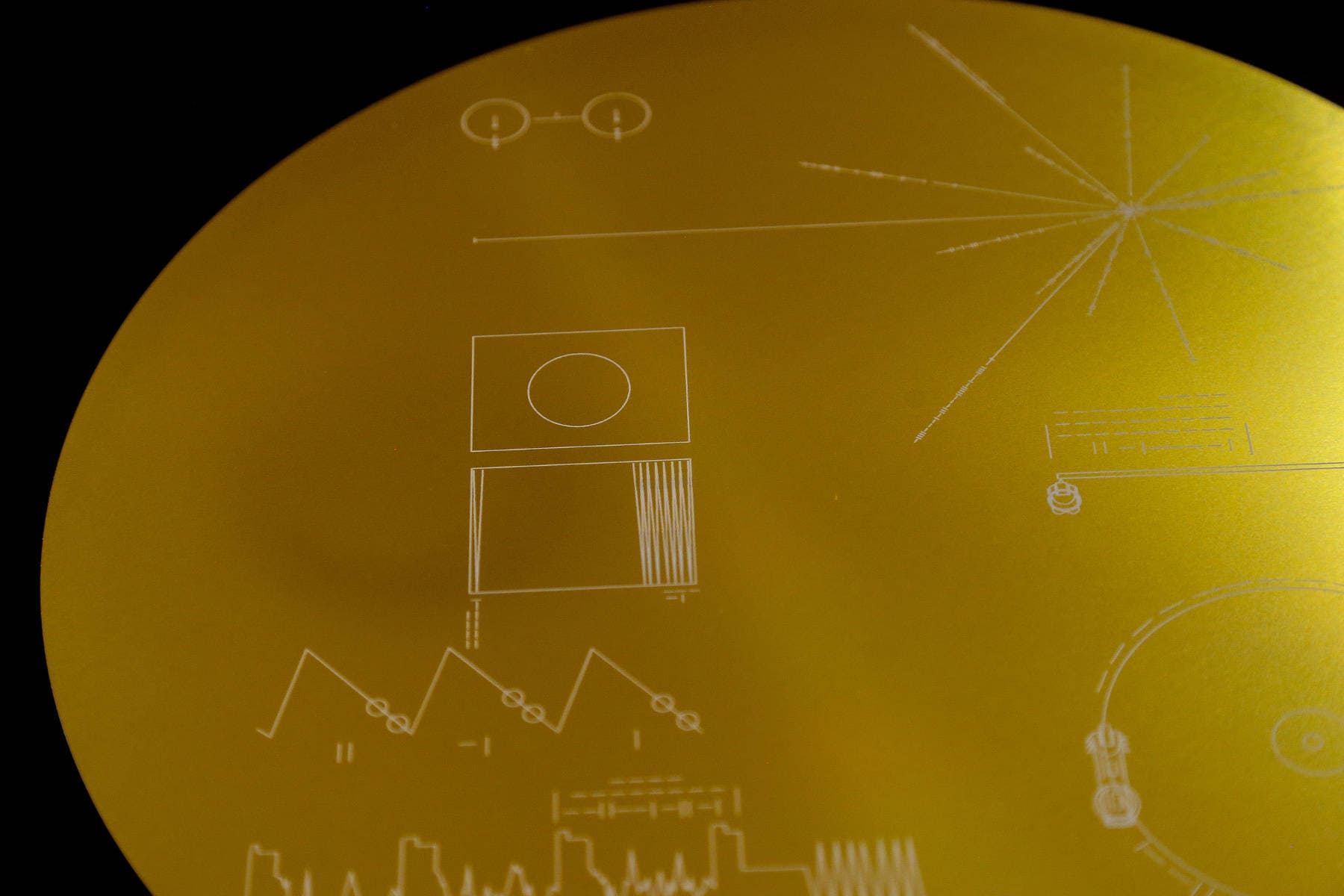 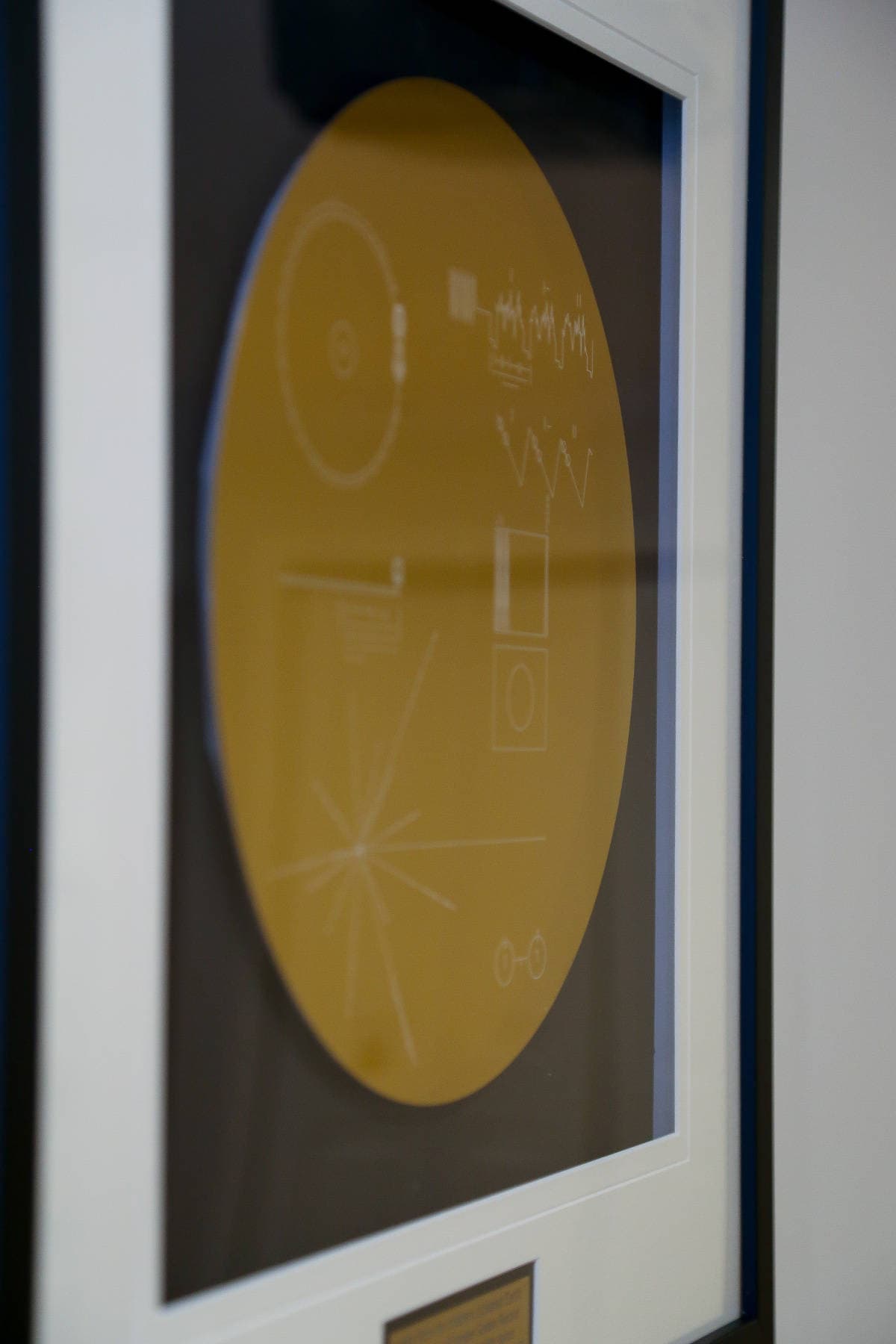 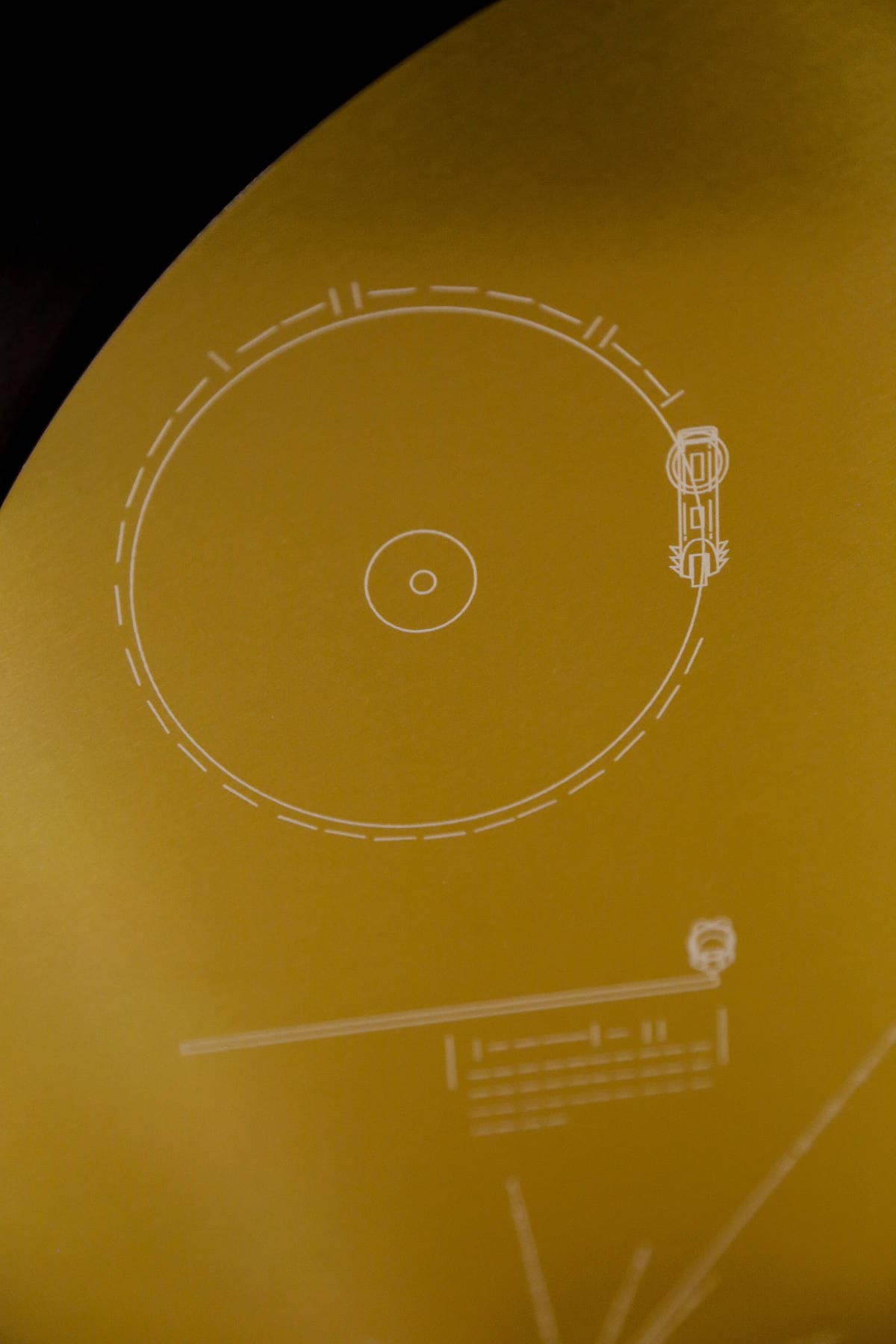 "Hello from the children of planet Earth."

Commemorate the Voyager mission with this perfect gift for any space aficionado.

Forty years ago, all the outer planets in our solar system aligned serendipitously. This once-in-a-lifetime opportunity was not to be missed: NASA sent two robotic spacecraft on a journey like no other in human history to explore the planets, moons and celestial bodies of our solar system.

Carl Sagan, Voyager mission architect, knew that these spacecraft could potentially be humanity's "message in a bottle" to the universe. How could we use them to communicate with intelligent alien beings who might one day find it?

Both Voyager probes carry on them a golden record, a big "hello!" from all of us on Earth. The golden record has on its outside engraved instructions for how to operate the record, and the record itself contains sights and sounds from our planet, music, and greetings in 55 different languages.

These amazing spacecraft are still exploring today from the very shores of interstellar space. Voyager 1 has already left our solar system and is the farthest human-made object ever made. Voyager 2 is fast approaching the edge of our solar system. The spacecraft are still beaming back scientific data! This is stunning, especially when considering the original mission was planned to last only five years.

Eclipse9 is proud to offer this limited edition full size replica of the golden record exterior, laser etched in exquisite detail on a glossy gold anodised aluminium disc and beautifully set in a floating frame.

This artwork would make a stunning addition to any home or executive office.

Proudly hand made by Eclipse9 Laser in Sydney, Australia.

Each piece is carefully packed and delivered by courier with full warranty.

Superb quality and amazing service! Very well packaged! It arrived in one piece. Carl Sagan would be proud :)