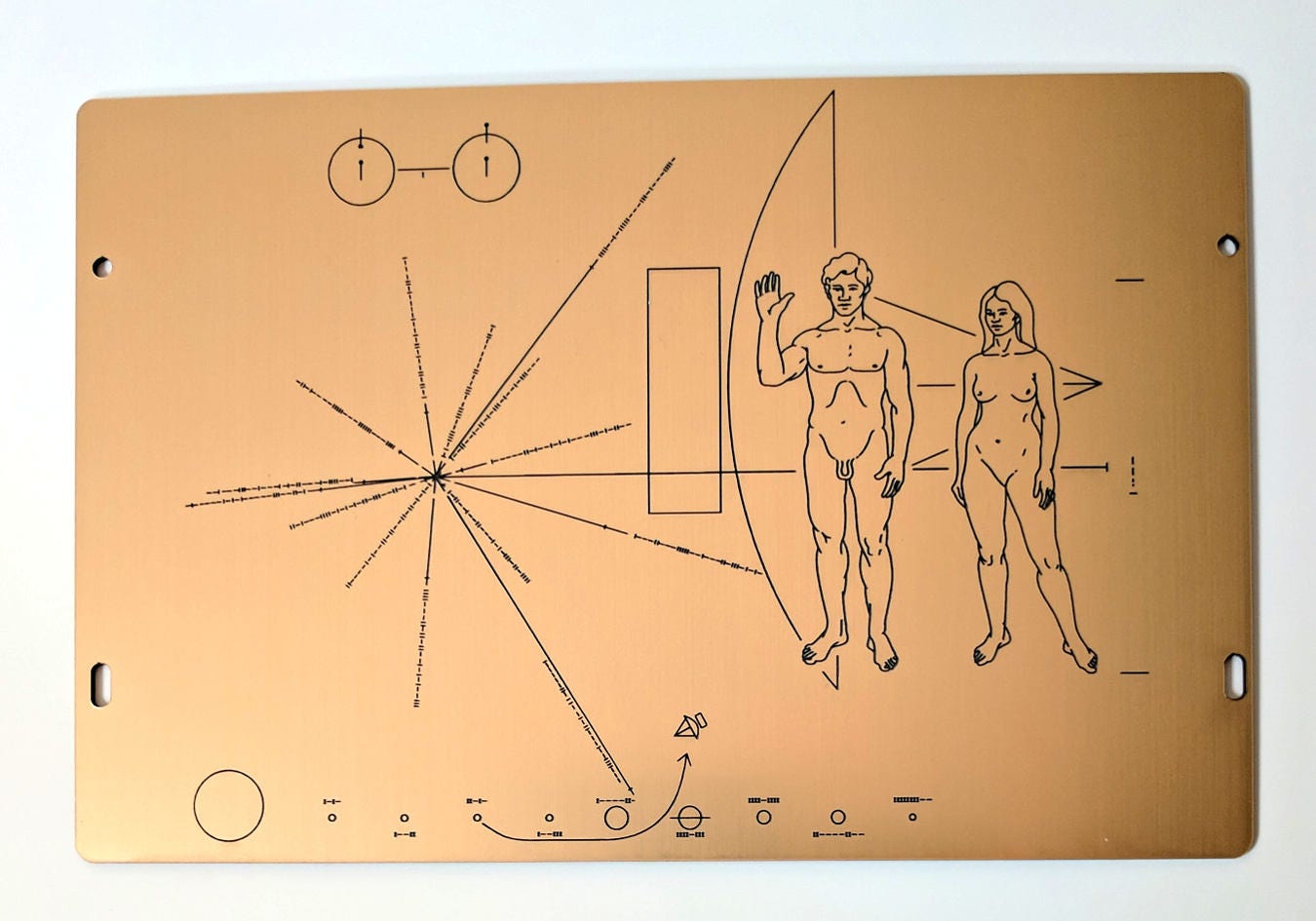 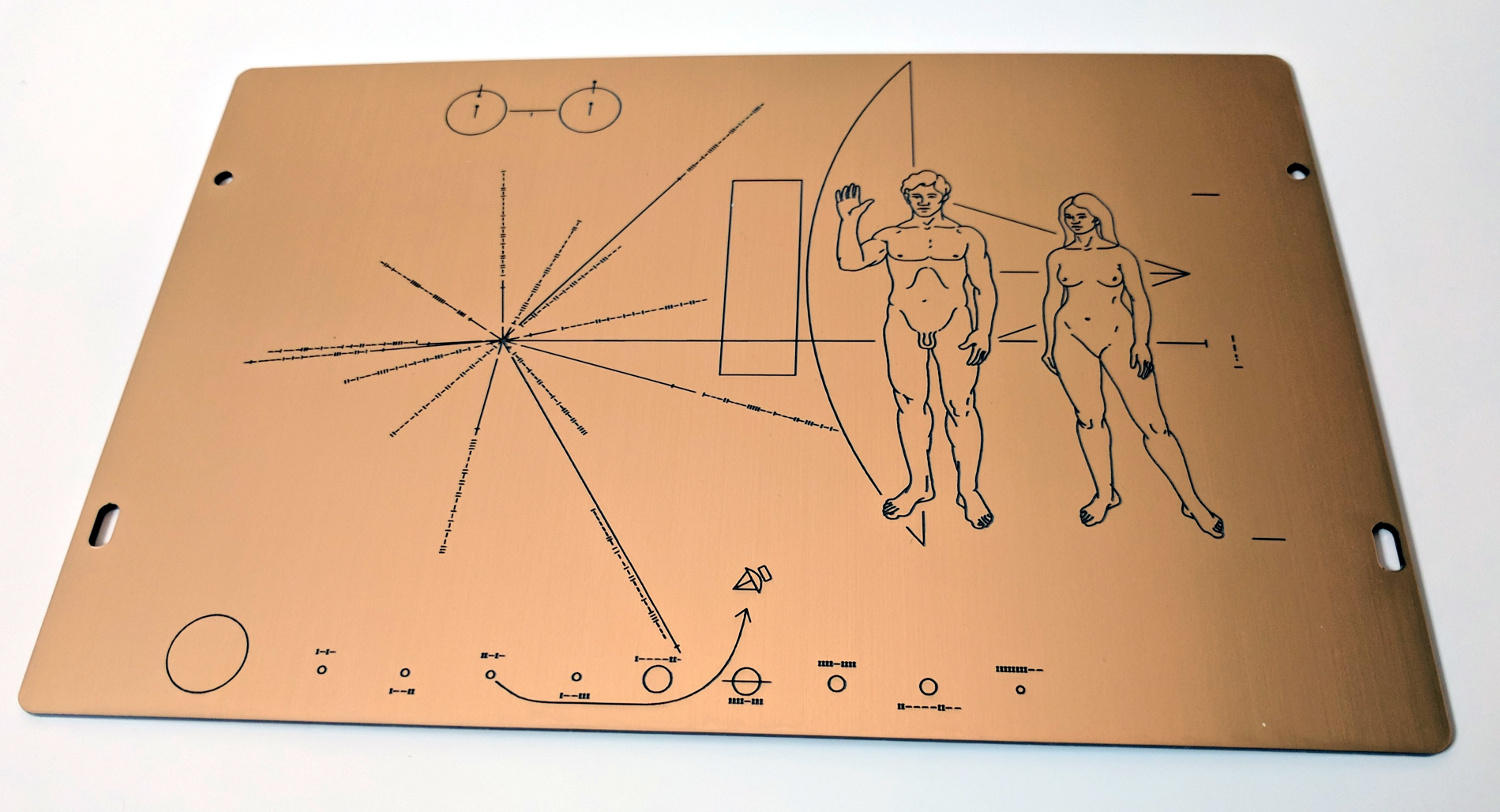 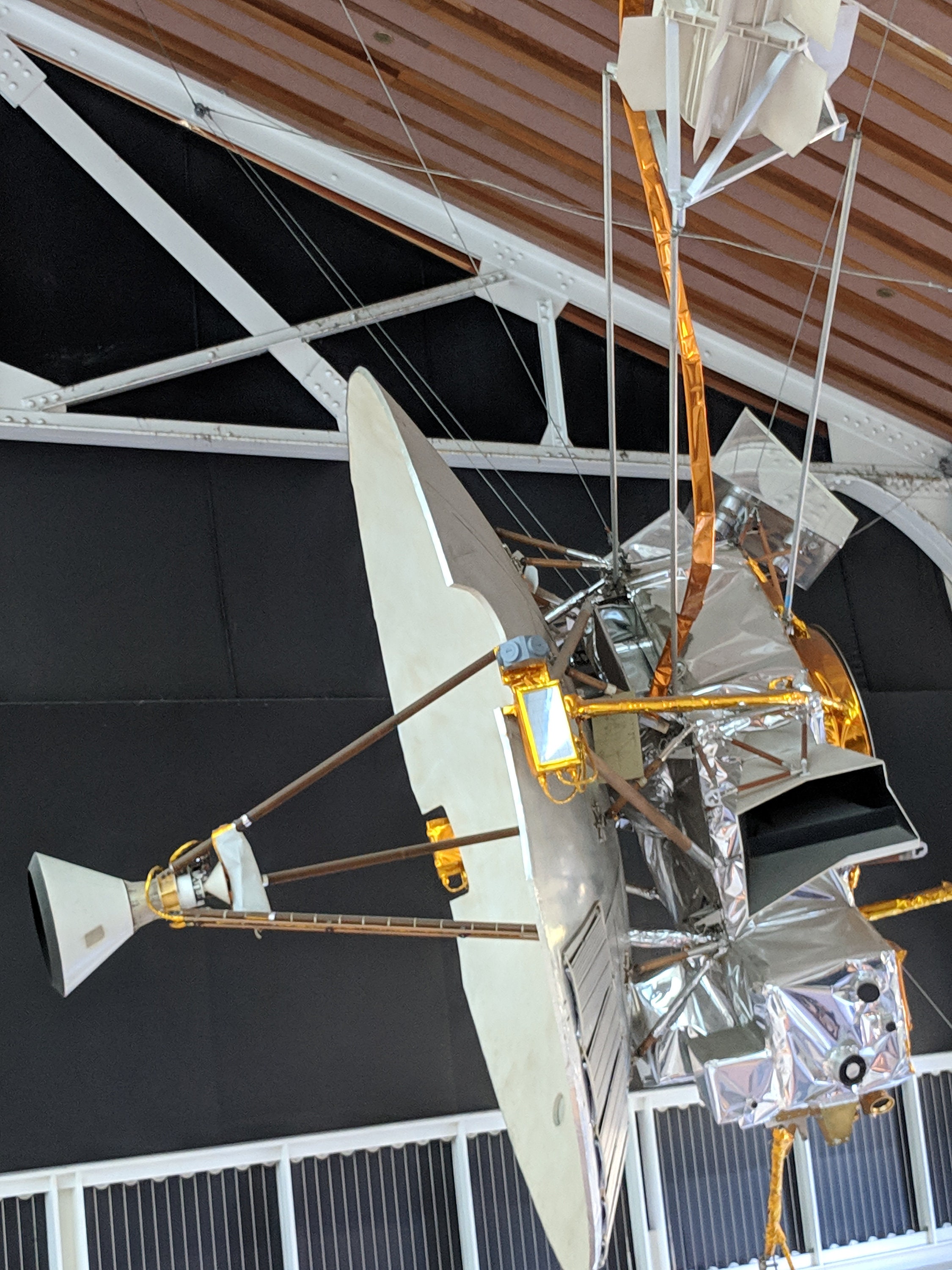 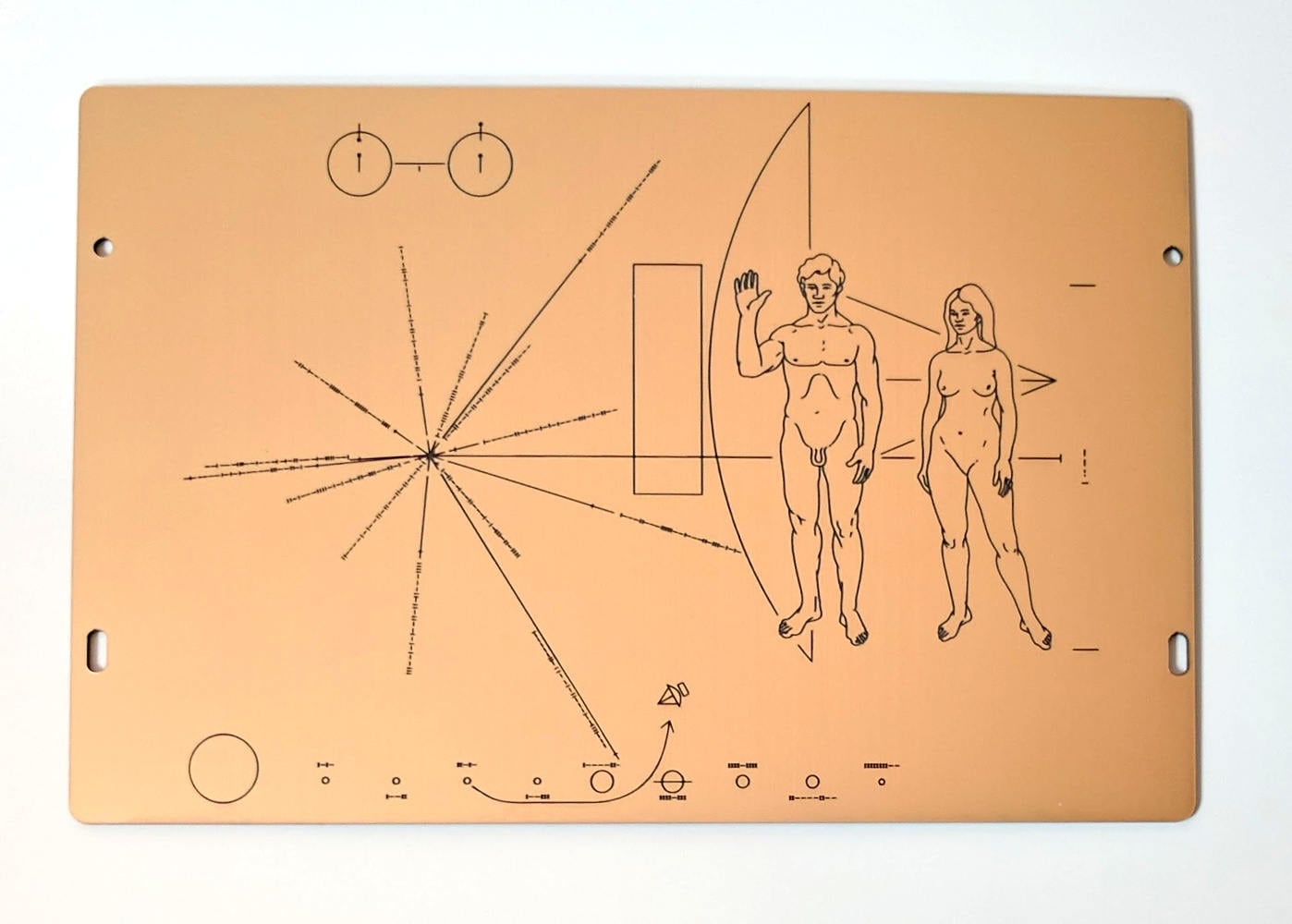 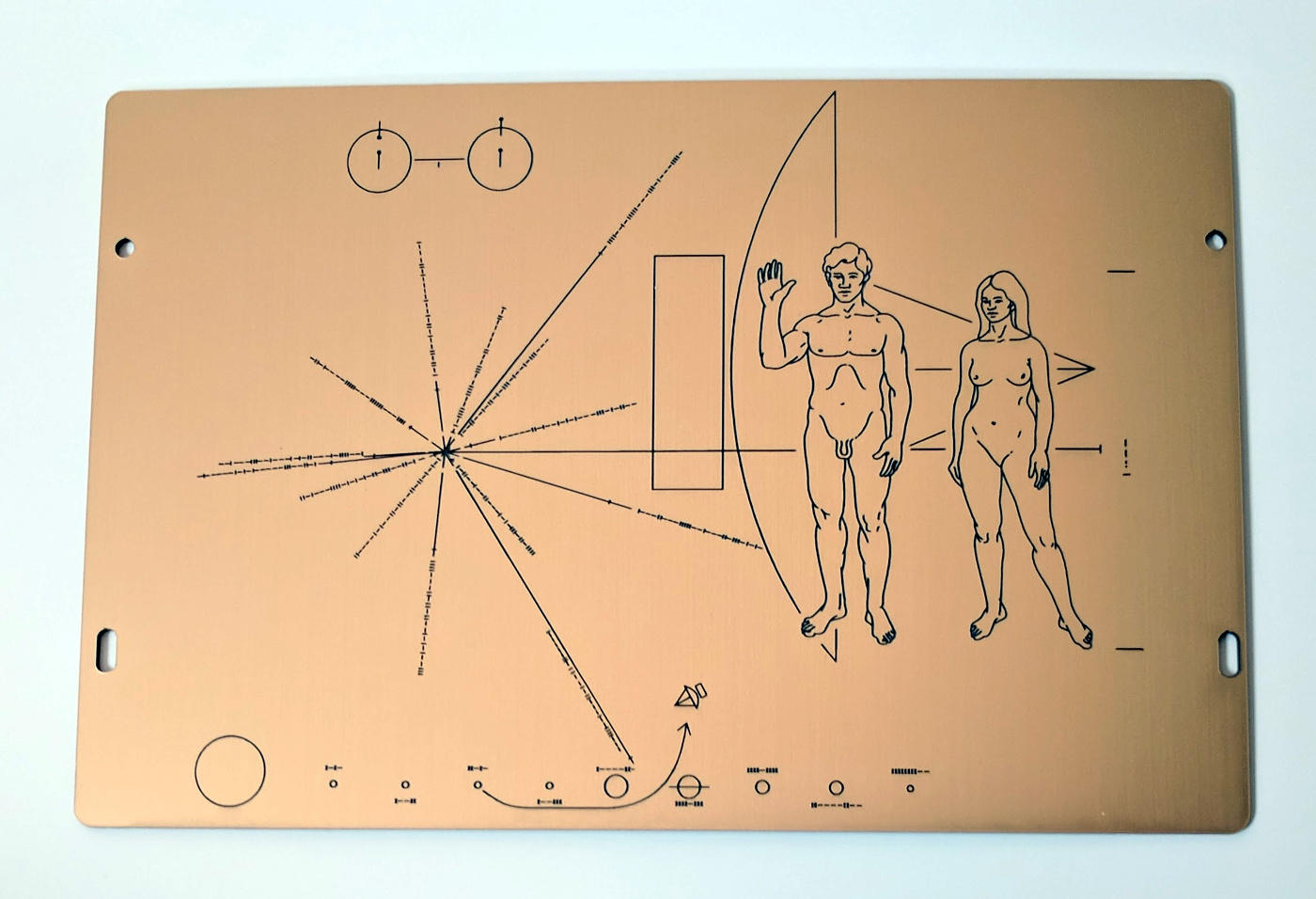 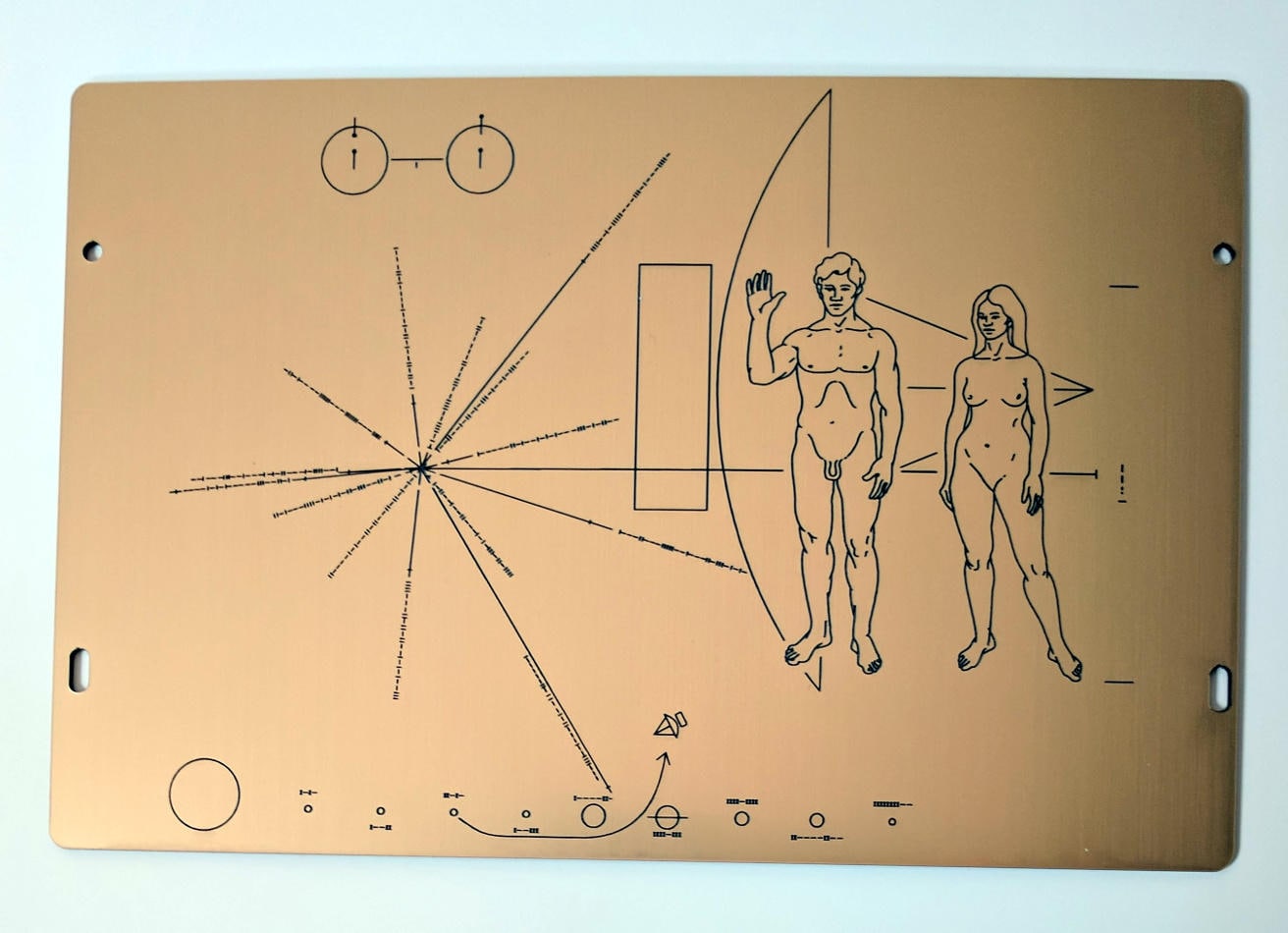 The iconic figure has taken its place in human history and culture, and both plaques are currently in interstellar space on board Pioneer 10 and Pioneer 11.

This full size replica of the original Pioneer plaque is laser etched and cut, and measures 23 x 15 cm (6 x 9 in) and is 1.6 mm thick. The image is engraved in very high detail. Even the bolt holes used to secure the plaque to the spacecraft are cut out. A fantastic gift for the space geek in your life, or for your space collection!

Q: How do I clean my Pioneer Plaque?
A: Be careful not to touch the face of the record as fingerprints do show up. To clean, use a soft, lint-free cloth (the kind used to clean eyeglasses is best). This is often enough, but if you need more then use some dishwashing liquid diluted with water. Do not use harsh cleaning materials like Windex.

Super excited to frame both my new pieces! Worth the money ! Great quality!

In line with expectations. I am very satisfied.

Nicely made and arrived within expected time