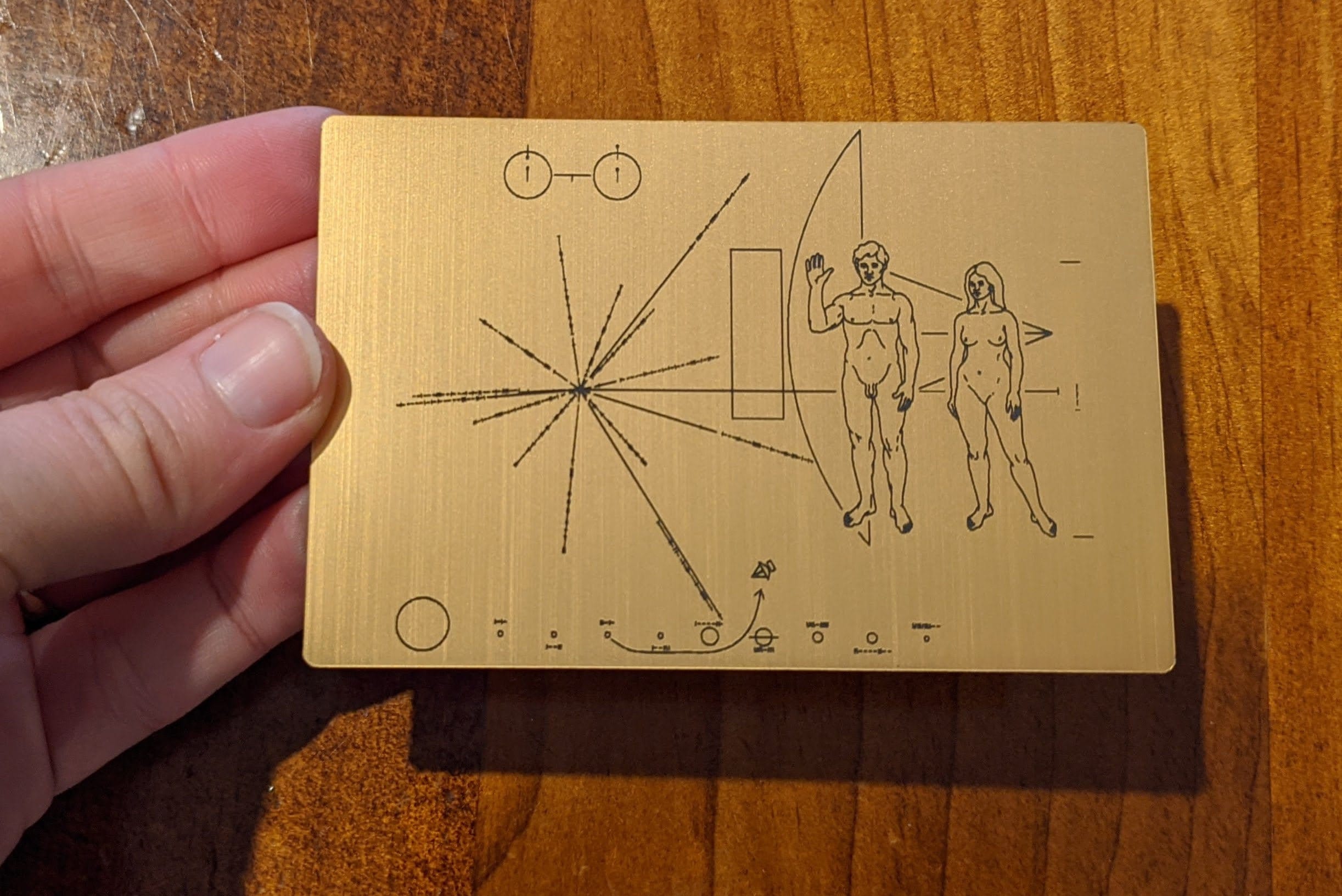 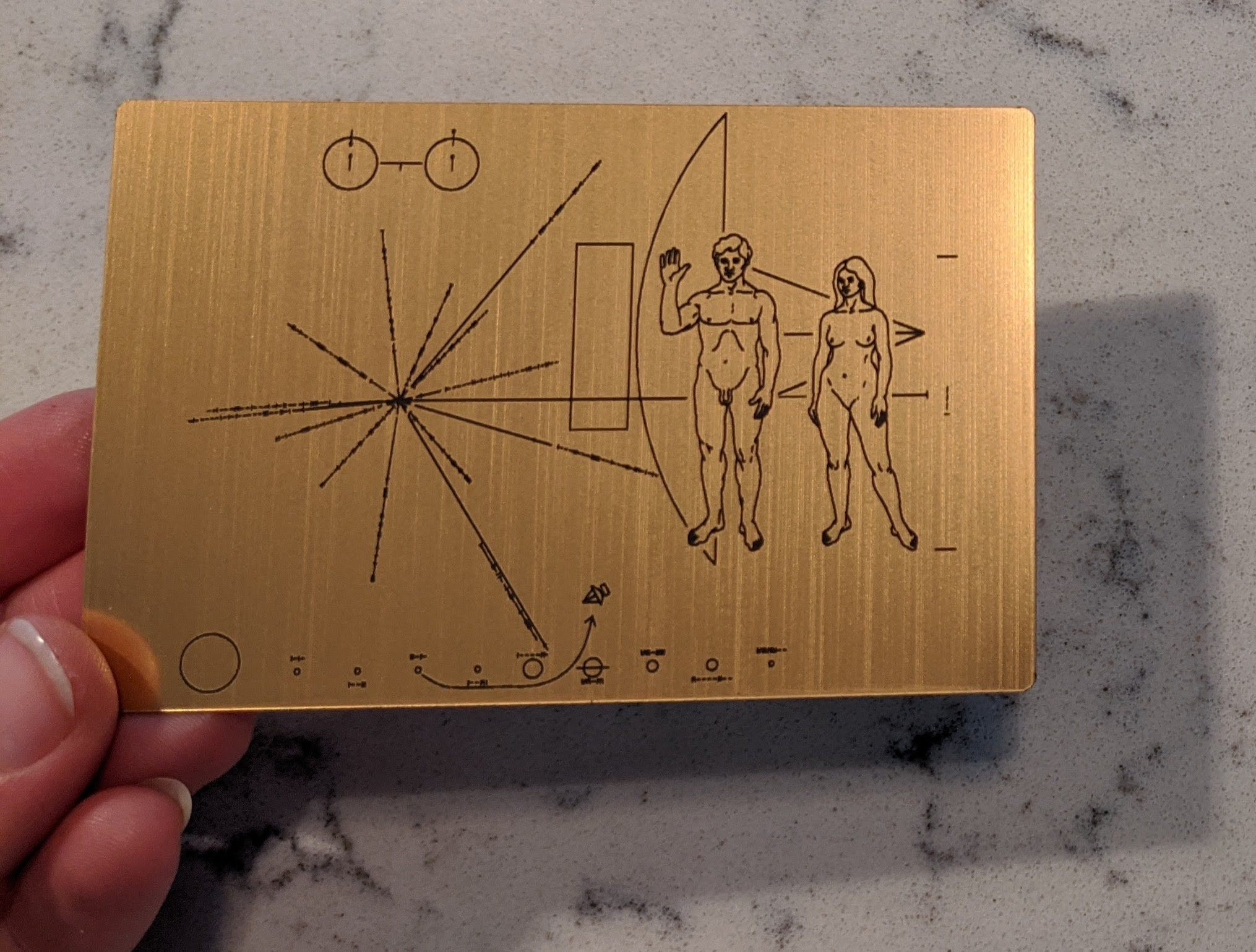 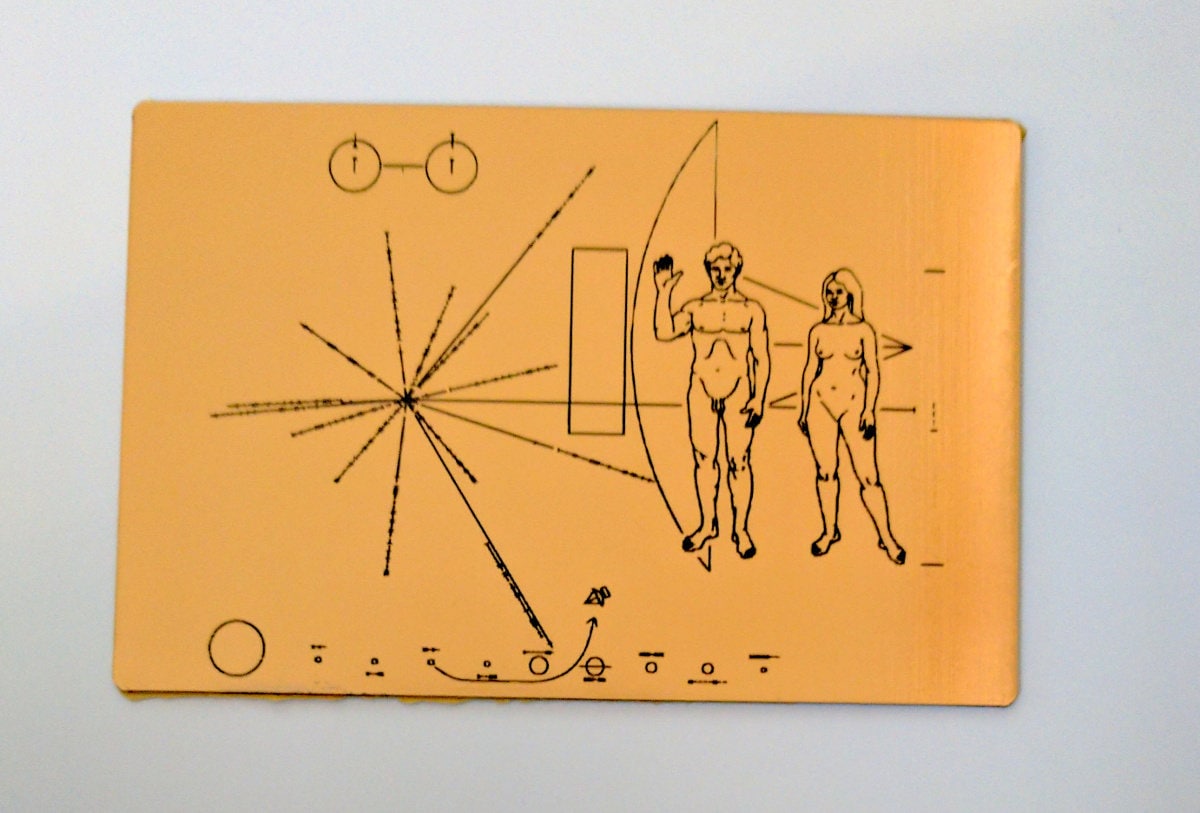 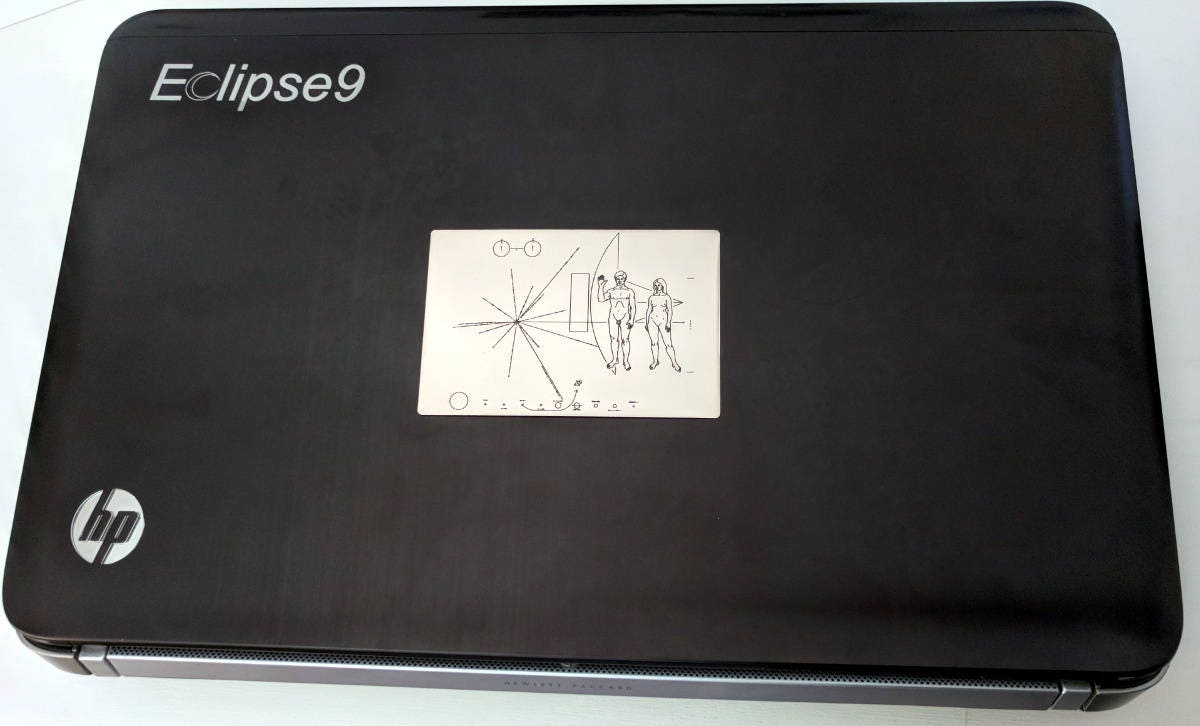 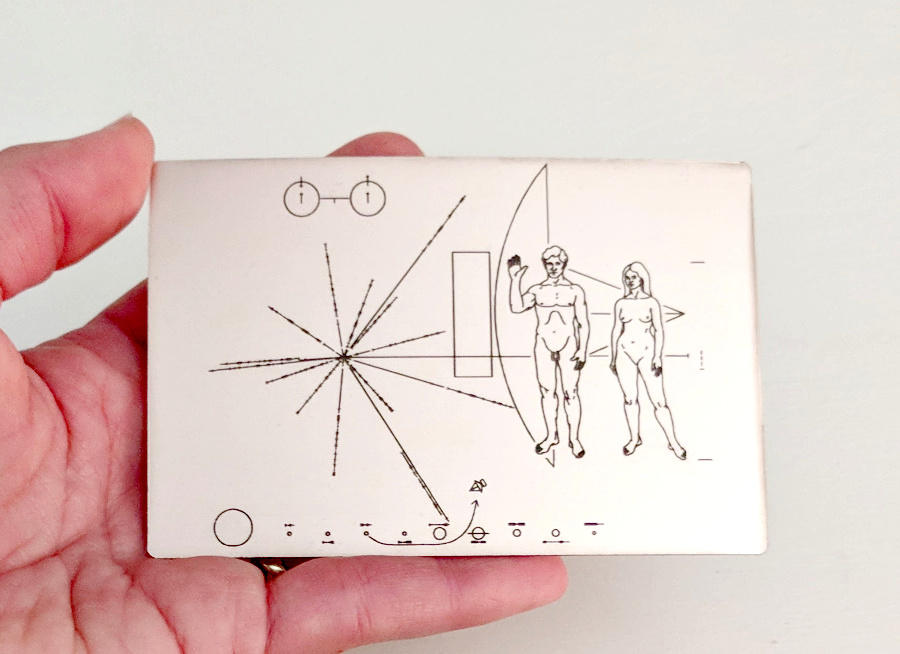 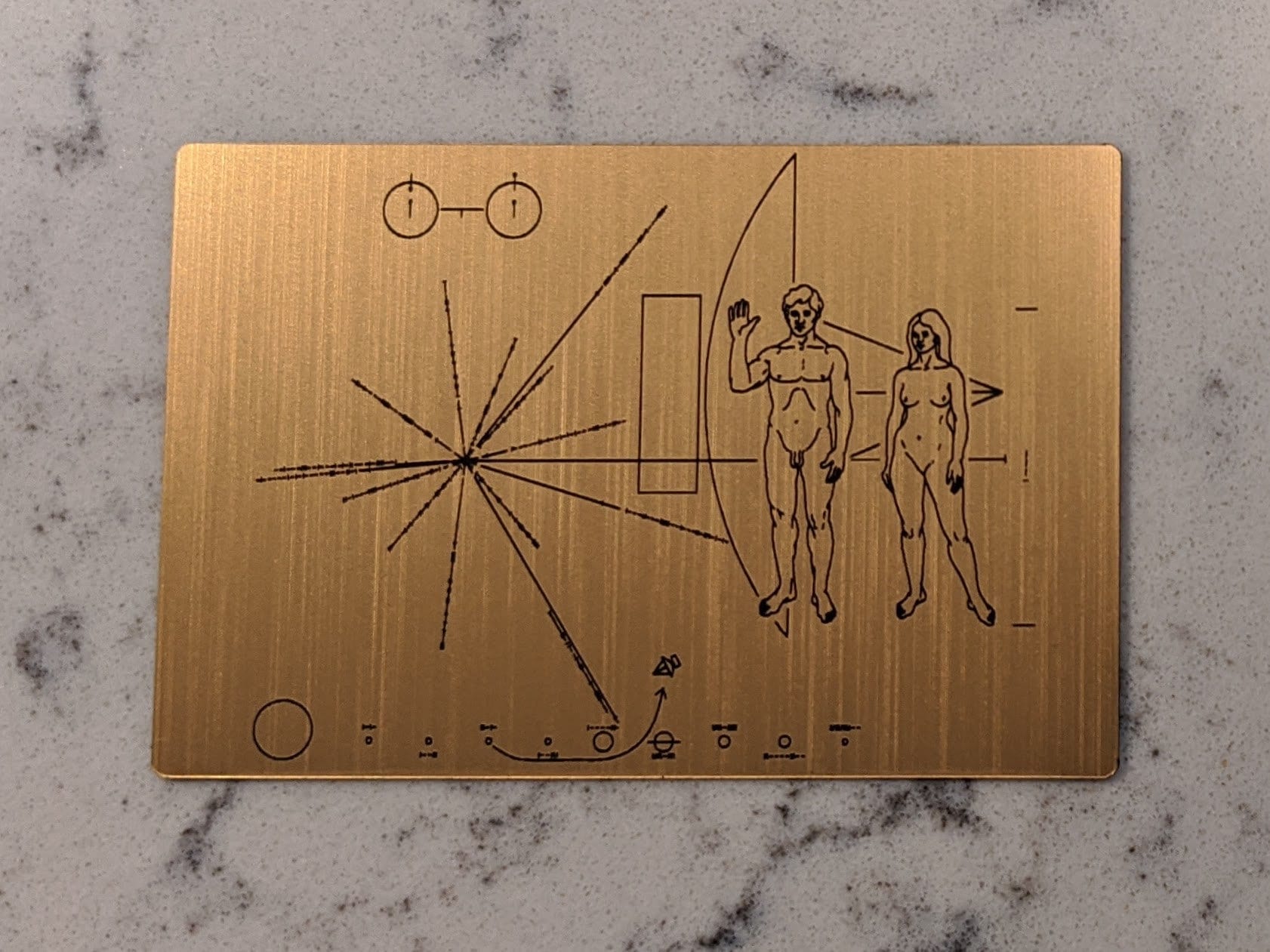 The iconic figure has taken its place in human history and culture, and both plaques are currently hurtling through the solar system on their way to interstellar space.

This laser etched and cut sticker is 10 cm wide and 6.6 cm tall, ready to stick on your laptop, window, notebook or anywhere else you want!

Love it, great detail, exactly as described. Thanks!

Perfect and has lasted a month very strong.

Love the detail on compact size

Looks exactly as in the photos!