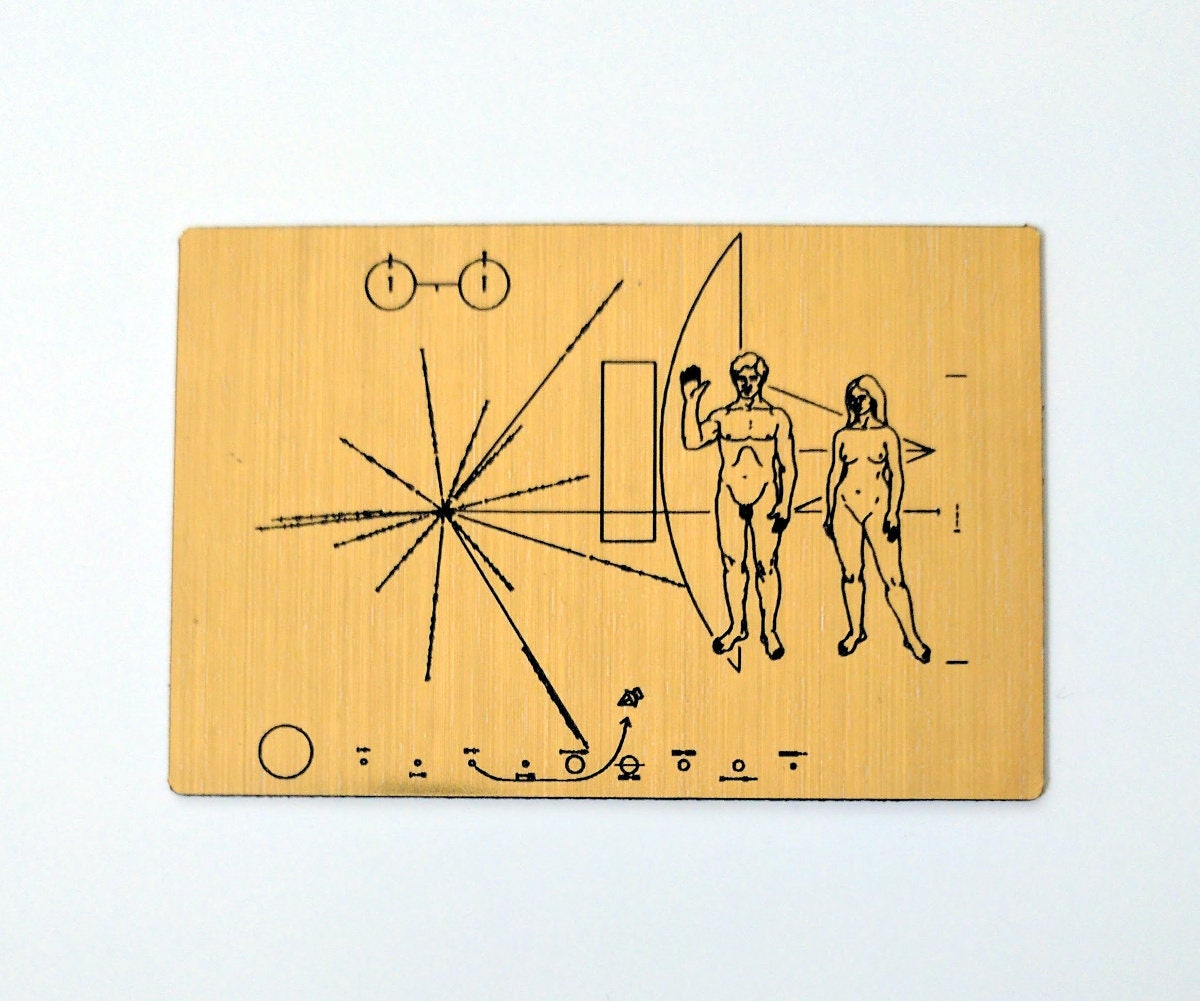 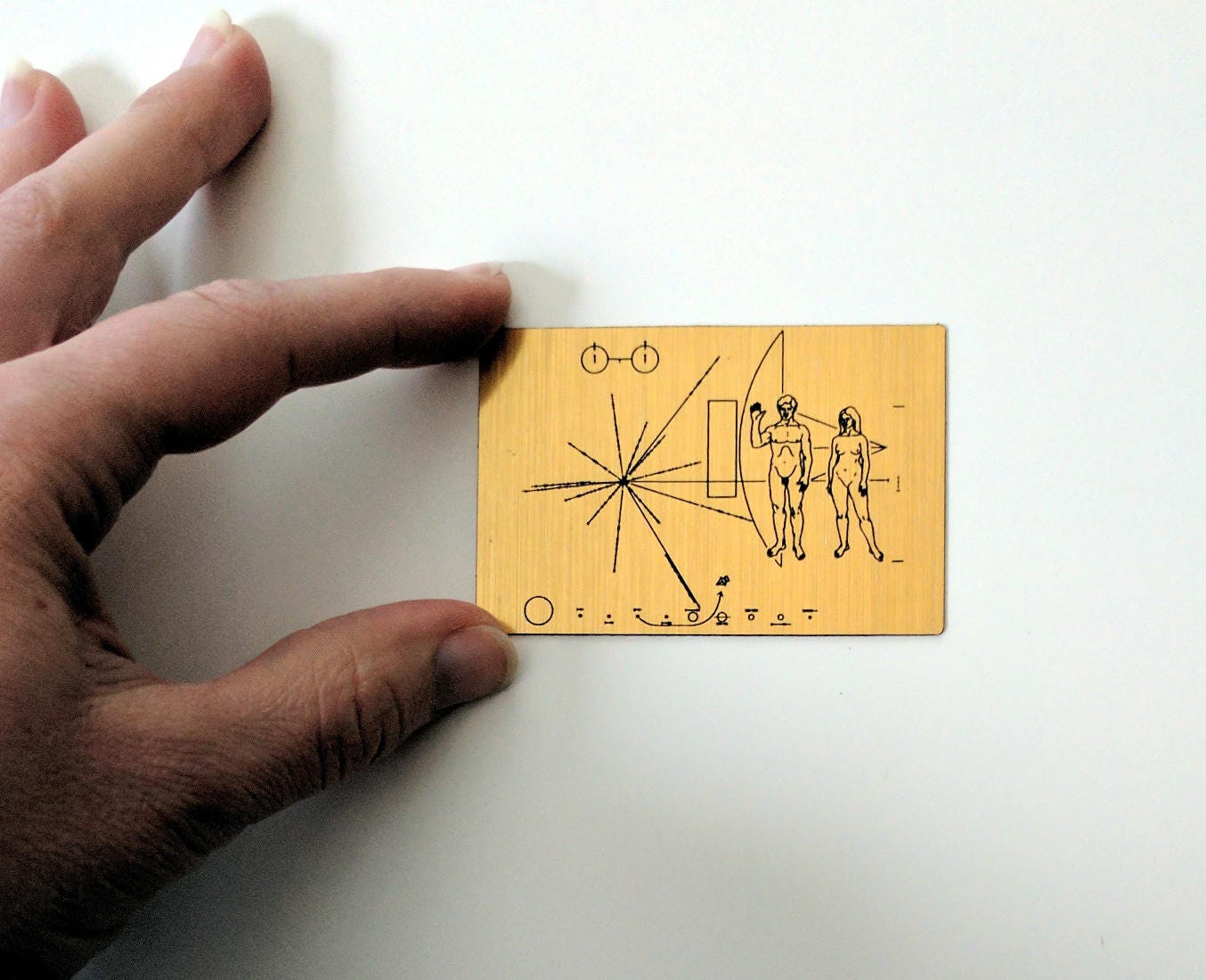 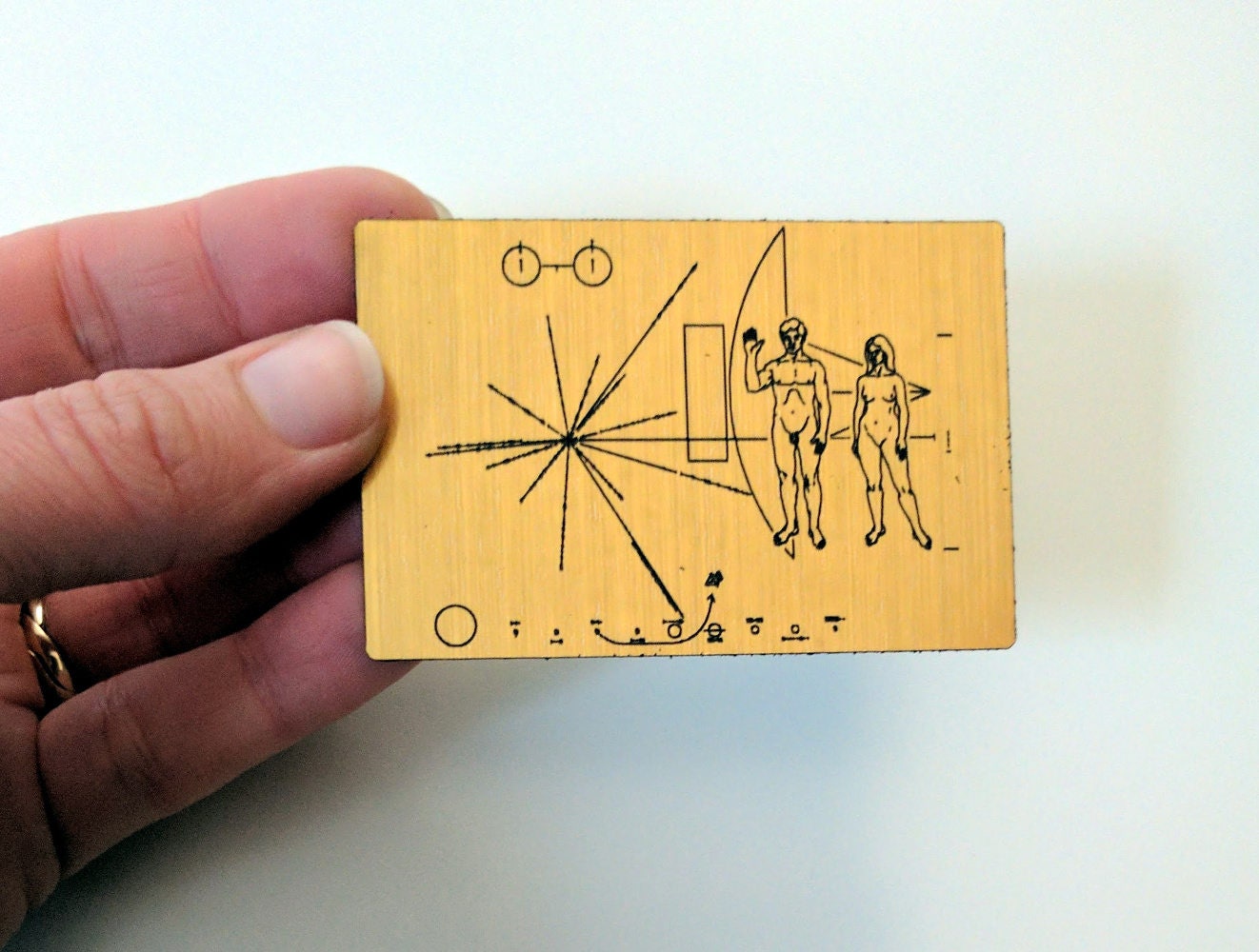 The iconic figure has taken its place in human history and culture, and both plaques are currently hurtling through the solar system on their way to interstellar space.

This golden magnet is ready for you to stick on your fridge or anywhere else you'd like! Each magnet is laser etched and cut, and measures ~ 2 x 3 inches.

Nice quality and a fair price.

Thanks, this is out of this world!

Item as described, so far so good.