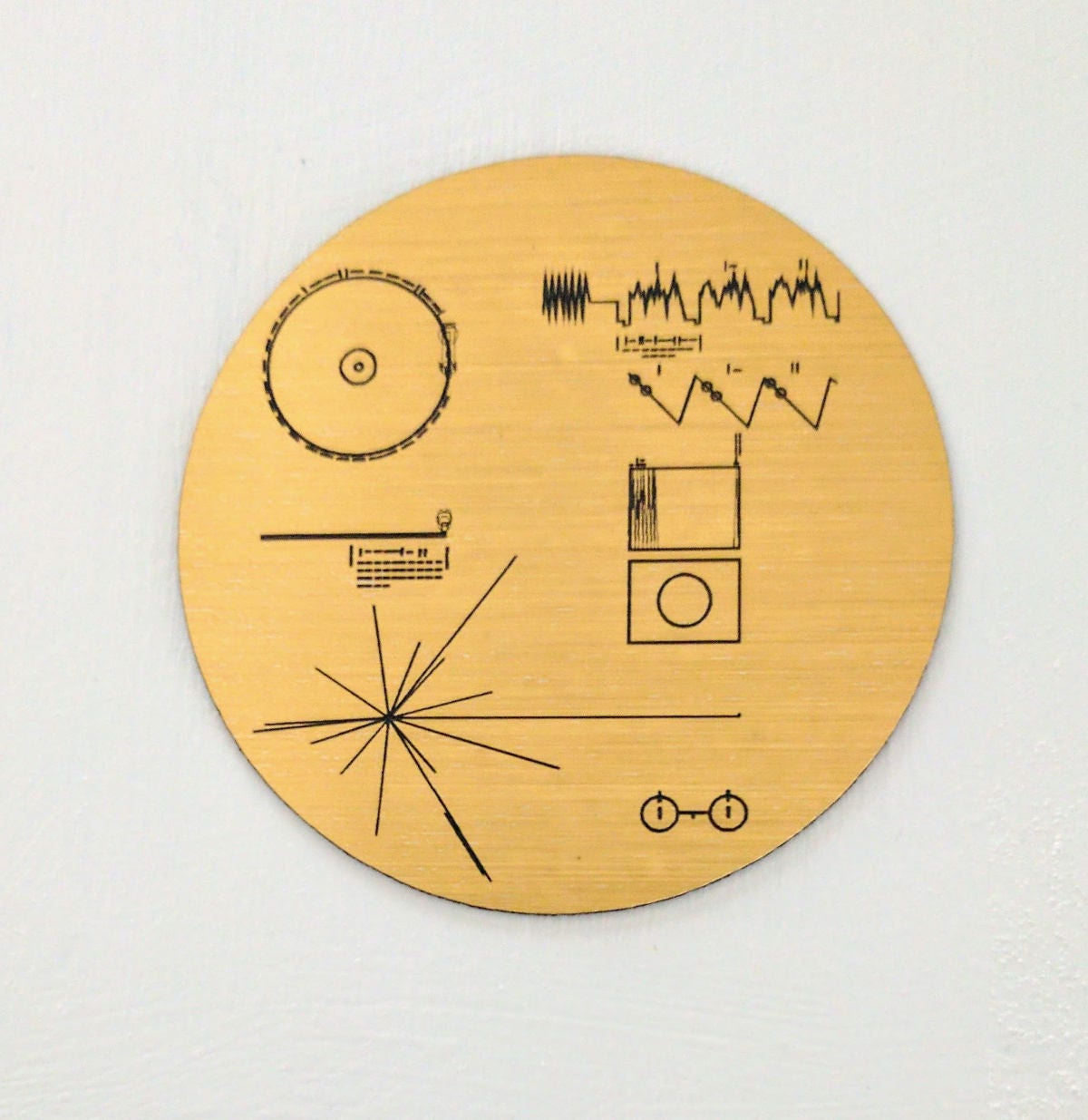 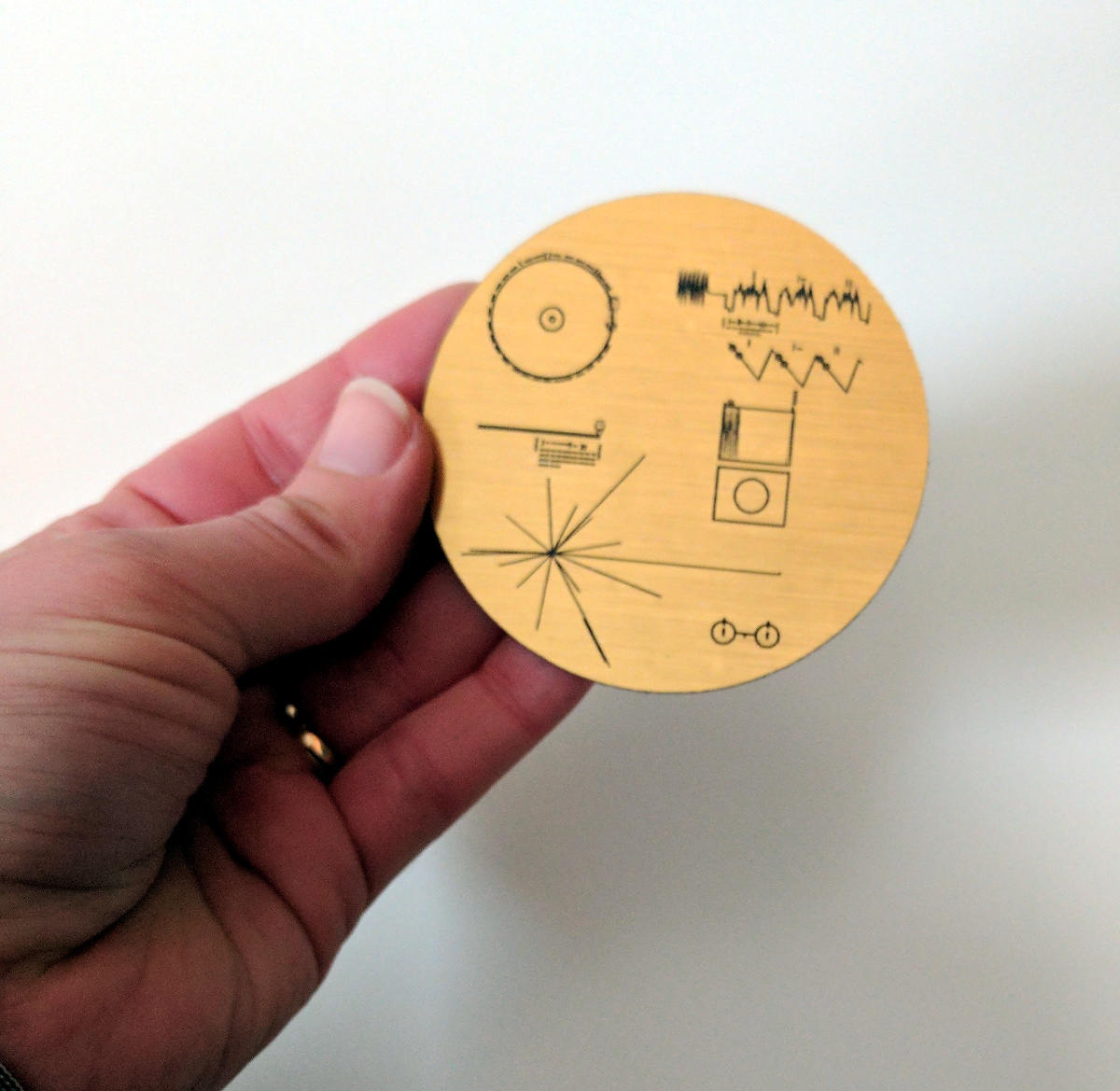 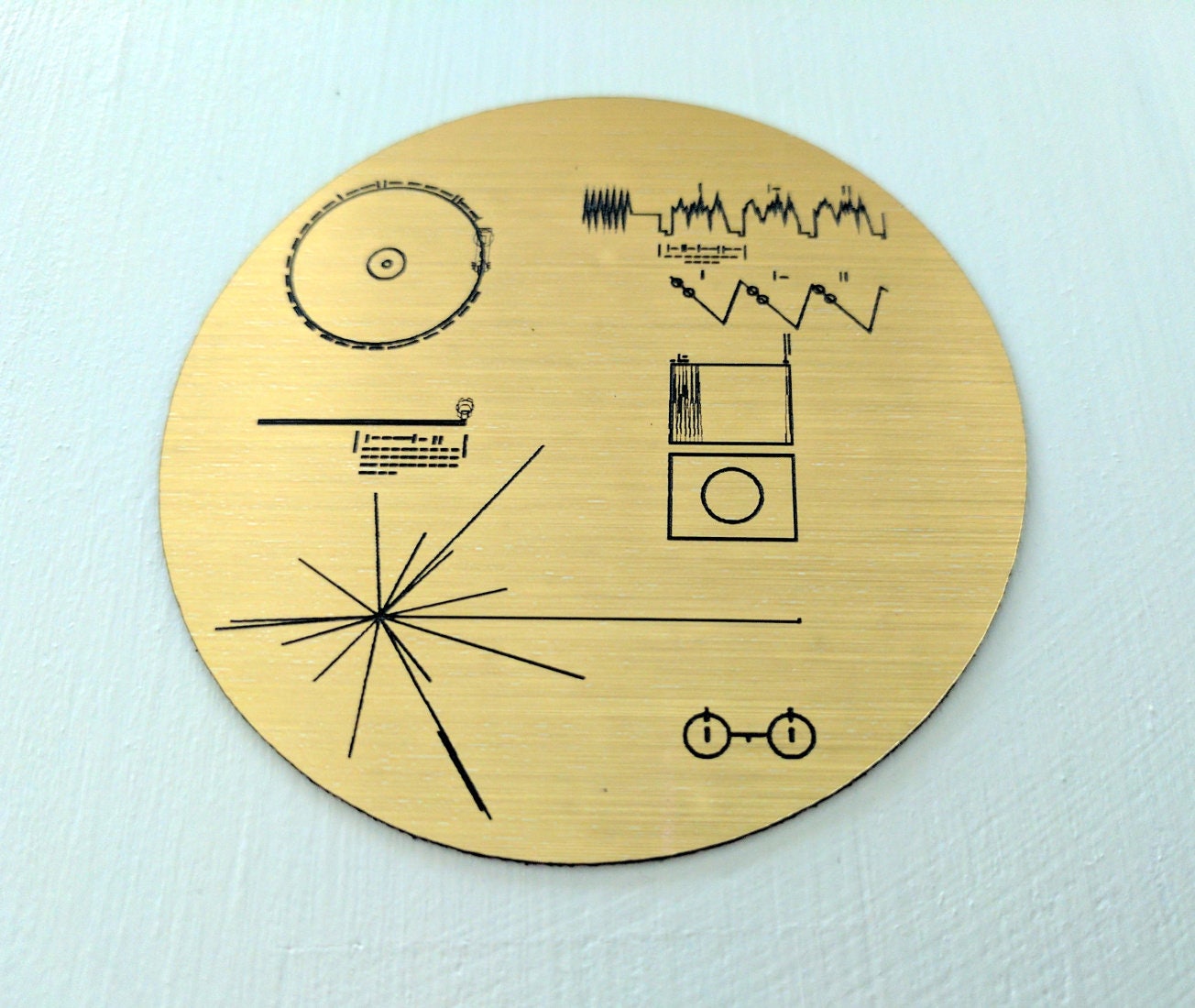 Celebrate the 40th anniversary of the launch of this remarkable mission with a golden magnet ready for you to stick on your fridge or anywhere else you'd like! Each magnet is laser etched in amazing detail, and measures 7 cm in diameter.

This fridge magnet is so beautiful. The detail of the laser engraving surpassed my expectations. I'm very happy with this item and enjoy looking at it every time I open my fridge.