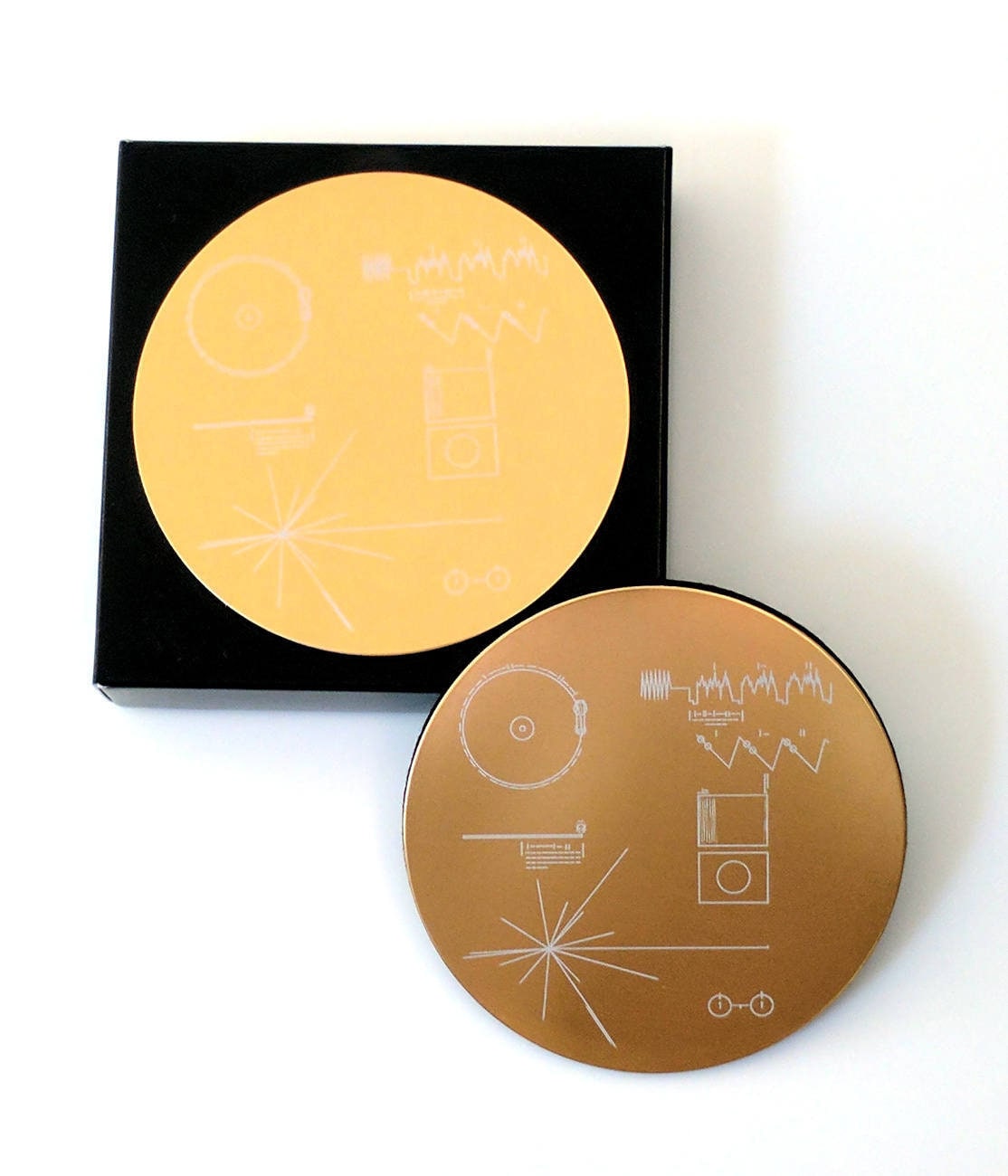 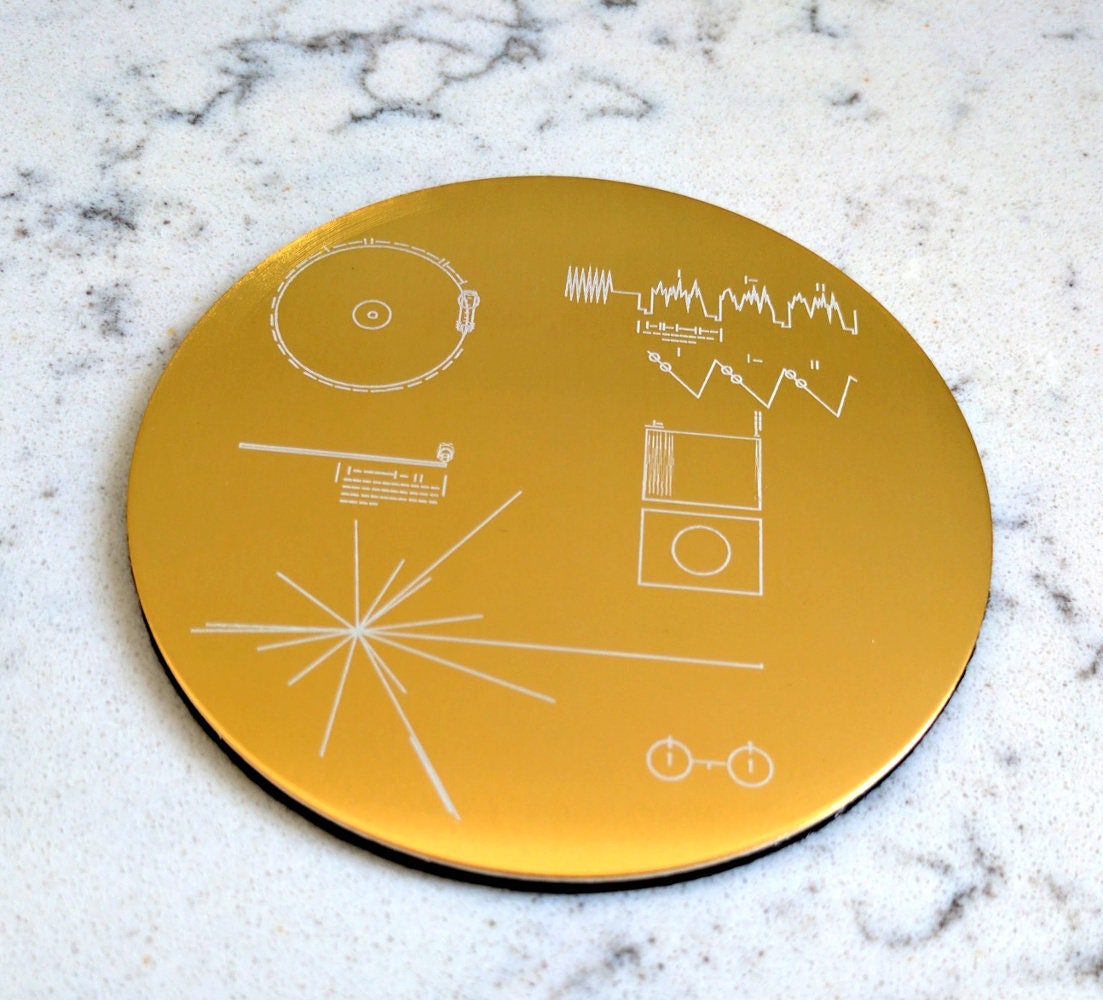 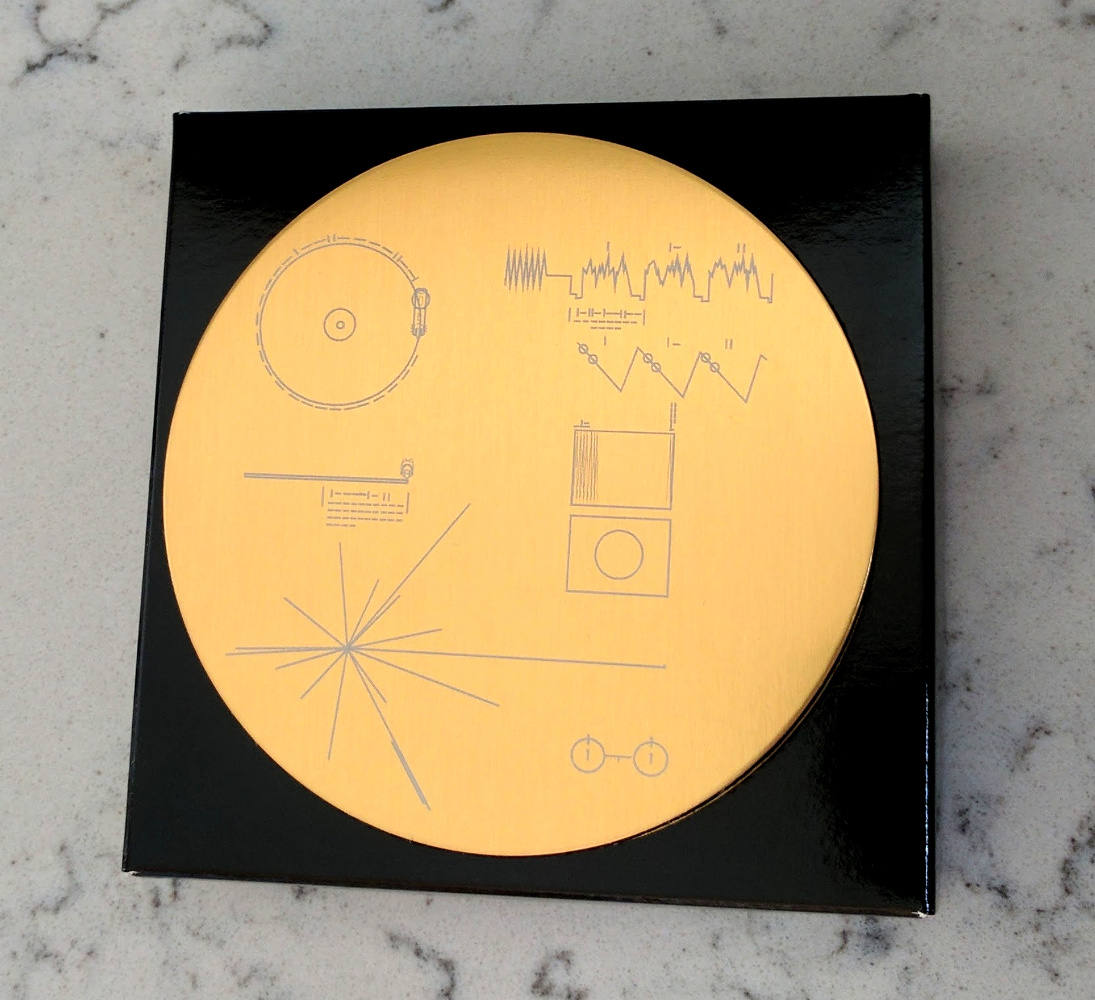 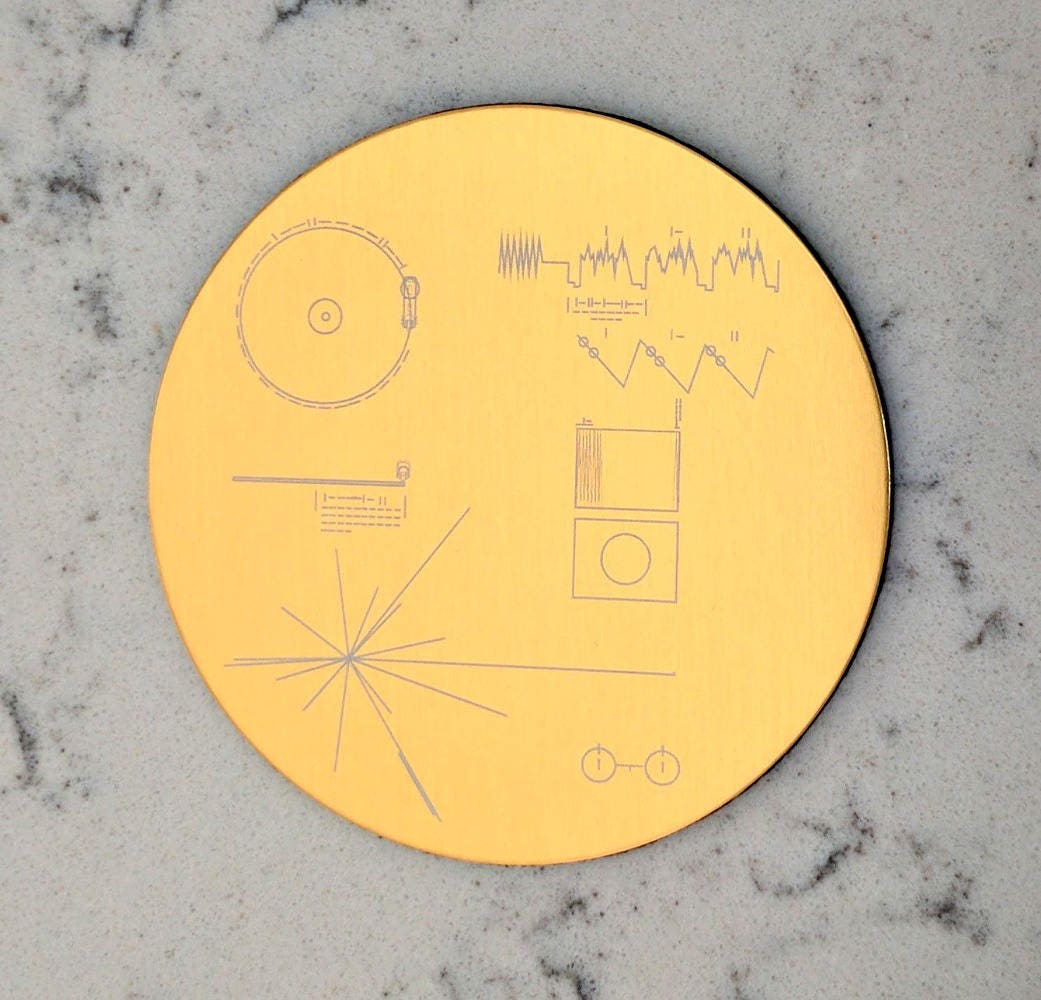 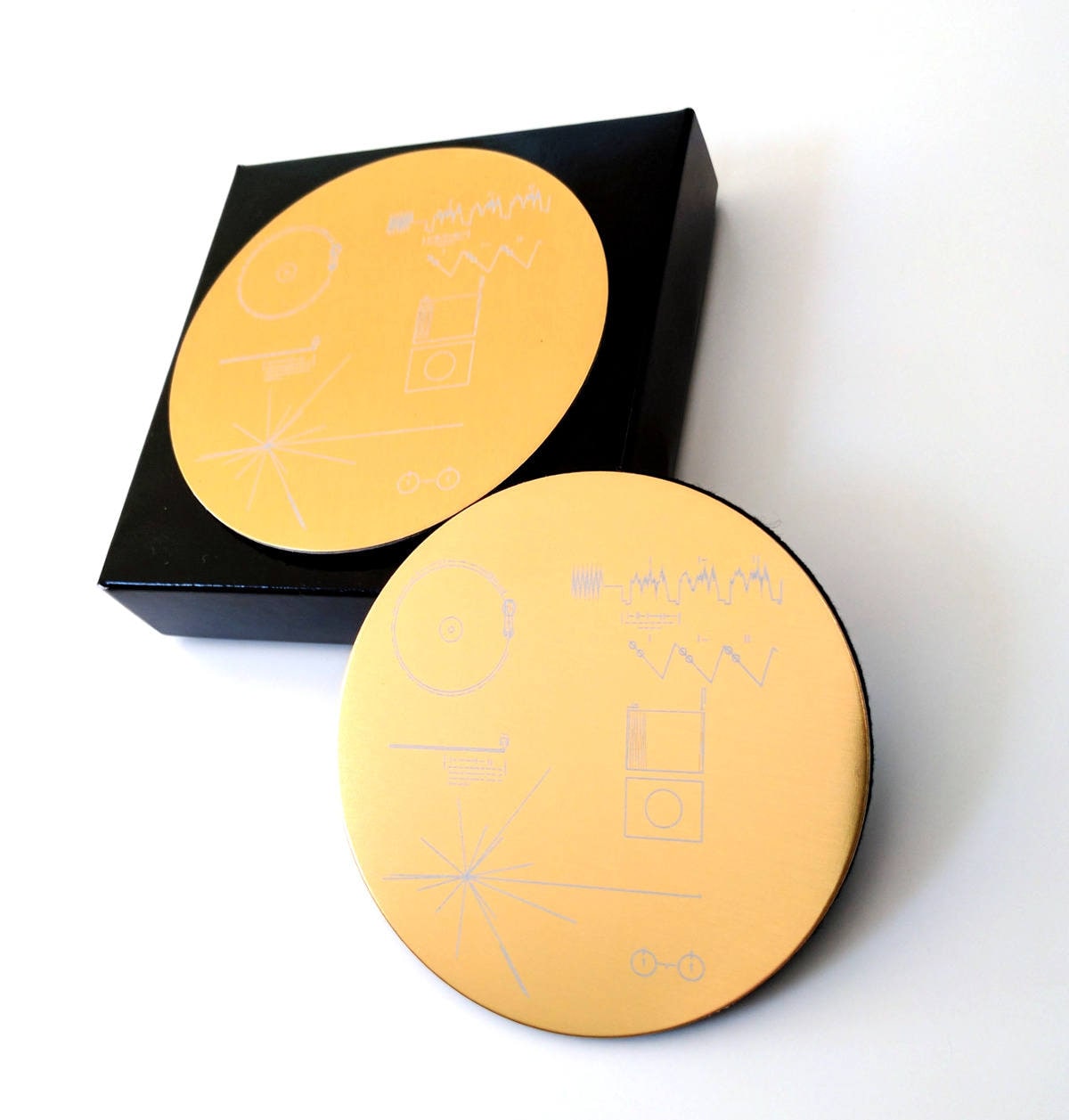 Eclipse9 is proud to offer this beautiful set of coasters, each bearing a replica of the front of the golden record, laser etched in exquisite detail. The coasters are anodised aluminium discs with a black felt backing, and are packaged in a black cardboard box. Each coaster is 90 mm (3.54 in) in diameter.

Celebrate the Voyager mission (the spacecraft are still beaming back scientific data!) with this perfect gift for the space aficionado in your life.

Got this as a gift; recipient loved it!